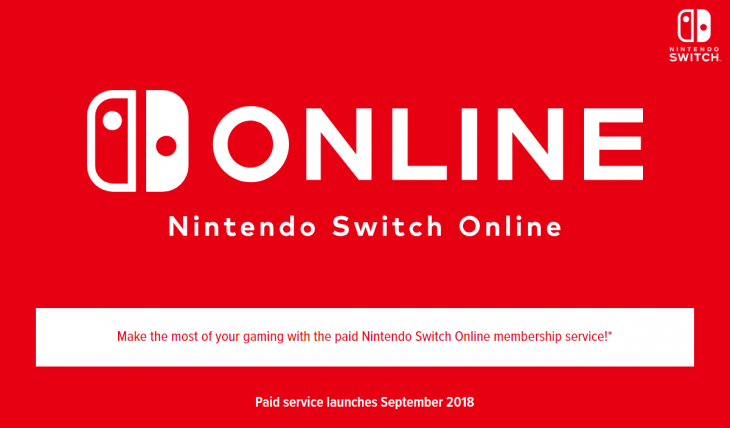 Nintendo has always, for better or worse, marched to the beat of its own drum. Ever since the days of the N64, there have been design and business decisions that indicated Nintendo wasn’t all that interested in conforming to Sony’s game plan, and later Microsoft’s. When Sony adopted discs, Nintendo stuck with cartridges. When Sony and Microsoft developed traditional consoles, Nintendo instead went forward with motion controls. With the recently announced online subscription based model for the Switch, Nintendo may finally accept that industry standards are the best for business decisions.

Historically, Nintendo has not forced its player base to pay for online services. With both its handheld consoles and Wii and Wii U counterparts, playing games online only required having an internet connection and in some cases, a free Nintendo ID as well. Microsoft paved the way for a subscription based service when XBOX Live Gold was announced alongside the XBOX 360. The 360 benefitted heavily from its domination over the shooter market, something that was clearly lacking on both the PS3 and Wii. When the Wii U launched before the PS4 and XBOX One, it still lacked any semblance of a subscription model and the console’s terrible sales resulted in an early demise for the beleaguered system.

Since launching last year, the Switch has seen tremendous success not only in console sales, but in specific software sales, such as The Legend of Zelda: Breath of the Wild and Mario Kart 8, as well. Recently, Nintendo announced it will be moving forward with a $20 annual subscription model for its online services. The price tag is notable in this situation because it is a $40 difference when compared to either PlayStation Plus or XBOX Live Gold. Up until now, Switch games have been completely free to play online, which might sting to some gamers. However, the subscription model shows Nintendo is following suit in another regard as well.

PlayStation Plus and XBOX Live Gold currently offer “free” monthly games that players with the subscription are able to download and play. Without a service in place, Nintendo has not been able to offer any such catalogue. With Nintendo Switch Online, 20 NES games and cloud storage will be available from the get-go. These NES games will in fact be updated with additional features such as an online competitive mode or a cooperative multiplayer mode. This language is refreshing from Nintendo; a company that is finally coming to terms with what it takes to succeed with online services.

A subscription model is important for Nintendo because it showcases perceived value. By placing a monetary value on a service and outlining features, it creates the image of being valuable. While something being free certainly has its merits, it doesn’t have to prove itself because this something believes it has inherent value in being free. Sony and Microsoft both showed the gaming industry that people are more than willing to pay for online services, especially if something other than online access is being offered. Given the lack of a track record, the $20 price point is appealing for hesitant gamers weary of Nintendo’s past decisions.

What was clearly lacking from Nintendo’s original announcement was any mention of its Virtual Console, an online catalogue of older Nintendo titles used with past systems available to purchase for relatively cheap prices. In the few days after the announcement, Nintendo indeed clarified it would no longer be used going forward. The writing was on the wall with this since the NES Classic. It is reasonable to assume Nintendo was planning this since the system launched in November 2016. Nintendo knew the lack of the Virtual Console would create negative headlines so both the NES and SNES Classics were produced and sold to combat this long before the announcement was made. Not only have the sales of both systems been enormous, they provide an avenue by which one can play many of the games that were present on the Virtual Console.

Nintendo has always been criticized as being clueless when it comes to business decisions. The Switch’s online service shows that Nintendo is embracing the current model set in place by its competitors. The value of being free has long since diminished, and the 20 NES games plus the additional cloud storage gives you something other than the privilege of online play. This will be a turning point for Nintendo, and a much bigger emphasis on the online components to both its hardware and software can be expected over the lifespan of the Switch.

Related Topics: Nintendo, Nintendo Online
By Admin in: Opinion, Commentary, Analysis on May 25, 2018 at 3:56 pm