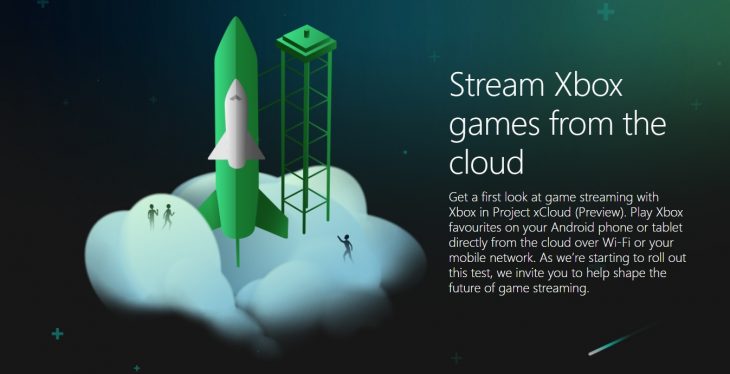 Microsoft has sent out invitations to those who have signed up showing interest in Project xCloud. These invitations allow certain users access to a preview build of Project xCloud, Microsoft’s new cloud game streaming service.

Currently this preview build of Project xCloud is only available in a few select regions, including the UK, US, and South Korea. Microsoft intends to test their cloud game streaming technology with this select number of users throughout these regions, rather than overloading it and gaining no insight or data at all.

While this test is limited to a select number of users and regions, the plan is to roll the service out gradually to more users around the world. In their xCloud FAQ, Microsoft admitted that bringing their cloud game streaming service to gamers around the world will be a multi-year process. As a result, they’ll be expanding the availability of the service as they learn more about it through this preview build for a smaller number of users.

Early adopters of xCloud are already providing feedback to Microsoft about their game streaming service, which allows Xbox games to be streamed to compatible Android devices. Currently the biggest issue with the service is the latency between button presses and the action that button is associated with being triggered.

Right now the preview build of xCloud only allows for cloud-to-device game streaming. In the future, Microsoft plans for the service to allow users to stream from an Xbox device to another device as well, as they evolve xCloud and add more features.

The biggest rival to xCloud, Google Stadia, has just been given a release date. Whilst Stadia will initially be available only to those who pre-ordered Founder and Premier versions of the Google Stadia controller, it will quickly become available to more users over the following months. Microsoft will no doubt be paying close attention to how this launch goes, and how Google navigate the issues they encounter, and whether they choose to support users, or ignore their feedback while they struggle to fix an issue.

One thing is certain for both companies as their game streaming services slowly come online. Users will be the ones to determine what needs to change within each service, not Microsoft or Google. If either company chooses to ignore the requests of users, then the service will quickly lose users to its competitor.