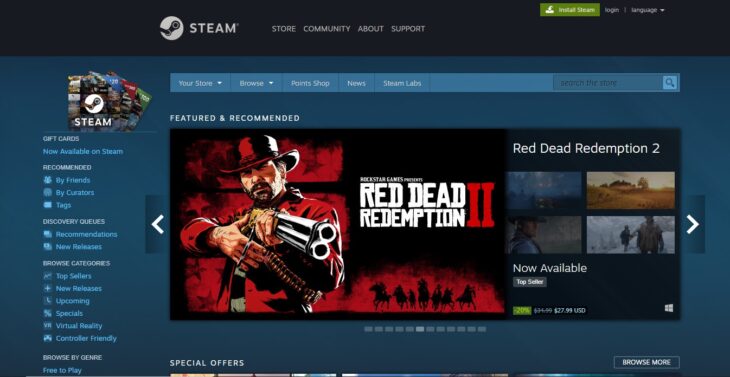 Valve has updated the account settings on Steam in a way that should block an exploit that allows people to buy games from regions other than the one they live in.

This news was picked up by Steam Database, which is also known as SteamDB. They identified that Steam will now require anyone buying a game from a different country to use the local currency.

In addition, Steam will now monitor a user’s account is specified as being based in. With this noted, the account will only show prices and funds in the Steam Wallet in that currency, and no other.

If a user is unable to do this, then the account will revert back to the last location that it was set to.

While Valve hasn’t actively said why they’ve implemented this change, it’s very easy to understand why. Recently a slew of Steam users using VPS (virtual private servers) spoofed their locations in order to purchase brand new games on Steam in countries where they were cheapest.

The result of the actions of these users was that a game’s price was artificially inflated in that region. That meant that while the game was originally priced accordingly, at the local equivalent for new releases, the price shot up as more people purchased it from other regions. This pushed the game’s price to extortionate levels. In the UK the price would have been the equivalent of paying around £80 for a brand new game.

Correcting this issue should help developers who sell their games around the world via Steam. An exploit like this can cost them a lot of revenue, which could even lead to them needing to close down. Thankfully Valve fixed this issue just after it managed to break big news sites.