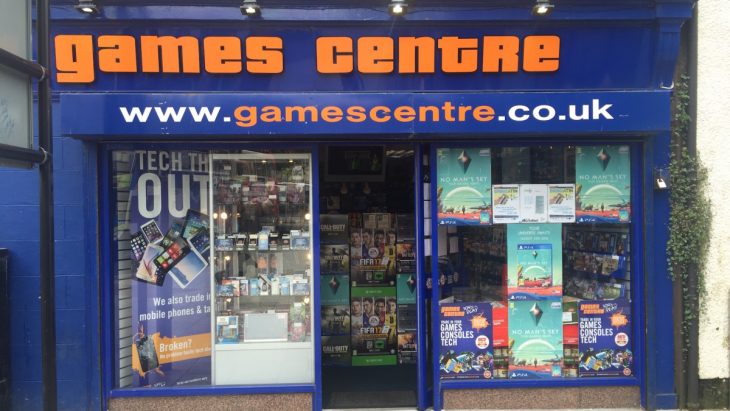 Independent UK games retailer Games Centre has gone into liquidation. The company is the latest in a series of high street businesses to begin the process of closing down in a highly competitive market.

Games Centre is a highly regarded independent games retailer based in Scotland, and operated eight different stores as well as an online storefront. The company was led by Robert Lindsay, and had been running for 25 years up until this point. Games Centre was the winner of seven MCV awards for best independent retailer, including this year’s, and regularly attended UK business events.

Lindsay told press that news of the closure wasn’t a surprise because the company’s running costs have increased over the last 18 months, and business has slowed significantly in the UK physical retail scene. He added that while the news was expected it was no less heartbreaking.

In March Grainger Games also went into liquidation, causing the closure of another 67 independent stores around the UK. Even earlier this month another UK games retailer closed its doors, GameSeek. Games Centre is just the latest UK games retailer to suffer the crippling reality of declining high street sales, caused by more business moving online and customer spending habits changing.

Online marketplaces such as the Playstation Store, Nintendo eShop, and Xbox Marketplace are becoming far more attractive to consumers for both new and old game purchases. The addition of subscription services that offer free games each month, such as Playstation Plus and Xbox Live Gold, are also a contributing factor to declining physical sales as gamers can get a number of titles digitally for free over the course of a year.

Other UK retailers such as Toys R Us have suffered due to the increased convenience of the high street, with more stores offering a wider range of products, meaning consumers don’t need to travel out to industrial parks or far away locations for toys and games. Games Centre stores were at least nearby to high street areas, but it seems as though the market has become too competitive for stores offering games to consumers at full price.

Related Topics: Game Centre, Robert Lindsay
By Admin in: Wholesale Games Industry and Market News on May 29, 2018 at 8:01 pm