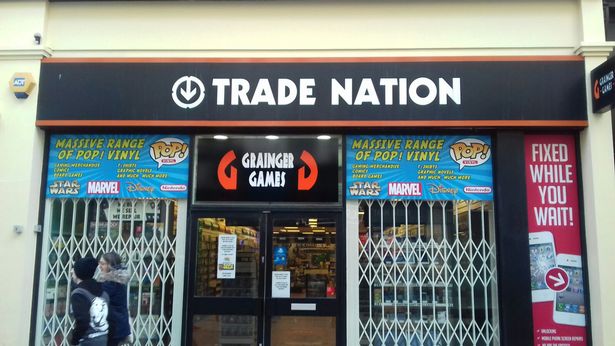 UK retailer Grainger Games has closed all stores around the country due to a critical financial situation.

On March 28, 2018 around a third of Grainger Games stores received emails telling them not to open. These stores remained closed for the entire day and were uncontactable even by phone.

The email which was sent to these stores told them that regrettably they would need to close due to some ongoing issues with the company’s financial situation. It then went on to reiterate that the store receiving the email was closed as of that day, and should not open under any circumstances.

Eurogamer made a few calls to the stores which had closed but received no answer until one confirmed the closure with them. They were also told that there will be no closing down sale at this or any of the closed stores. Instead, staff were required to pack up all stock, presumably so that it is ready to be picked up and taken away to be sold as a single unit to offset the company’s debt. As of now no guidance has been given to staff about whether or not they should refund any unfulfilled orders, or even how to process unfulfilled orders.

It has now been confirmed that all Grainger Games stores will be closed in the same manner, with all stock being packed up ready to go. Staff at Grainger Games stores, of which there are about 400 across the 67 stores, will be paid up until the end of the month, March 31st. After this point it seems as though all staff will be out of a job and need to find new employment elsewhere.

Grainger Games is just the latest retail store to close in the current changing marketplace. While there is no clarification as to why Grainger Games has closed it’s easy to think that due to more consumers purchasing their products online or on digital marketplaces there is simply no room left for physical games stores. Another UK retailer, GAME, has diversified into the gaming events business, creating a whole new revenue stream which is much more in line with the culture of the video game industry as it is today.

Everyone is wishing Grainger Games employees the best of luck in the future once the week is out.

Related Topics: Grainger Games
By Admin in: Wholesale Games Industry and Market News on March 30, 2018 at 8:59 am