Deck 13 has announced that their latest game, The Surge 2, has gone gold. The Surge 2 launches on September 24, 2019, meaning that work on it has come to a close over a month beforehand.

When a game goes gold it means that the developer, in this case Deck 13, has completed work on the core code of the game. Now this code will be shipped to manufacturers for production into physical discs, and digital storefronts for processing in their systems.

Any work that Deck 13 does on The Surge 2 now will be released as a day one patch, which most games launch with today. The patch will fix any bugs, issues, or glitches that Deck 13 finds between now and the 24th of September. Should the developer find many issues then the size of the day one patch will be quite large, but they probably won’t’ given that the game has gone gold so far ahead of launch.

The Surge 2 is the sequel to The Surge, an action role-playing game released in 2017. The Surge, being an action RPG, plays in a similar way to the Dark Souls, and other soulslike, games. Players progress through levels acquiring currency, which they use to level up in some way, but lose it upon death. When they revive they have a chance to recover this currency, but should they die before retrieving it they will lose it forever.

With The Surge Deck 13 put their own spin on the soulslike leveling mechanic. Players still acquire currency through killing enemies and progressing through levels, losing it upon death. However, once revived players have a time limit to retrieve this currency in, and the longer they take to get it, the less of that currency there will be.

With both The Surge, and The Surge 2, players enhance their character by adding battery power. This allows them to equip more powerful armour and weapons, as well as mods that provide both passive and active benefits throughout the game.

The most unique aspect of The Surge series is how players acquire new armour and weapons. Players must whittle down the health of enemies, and then perform a finishing move that cuts off a limb or head. This allows players to pick up the blueprints for those armour pieces, slowly building up the full set as they work their way through hordes of enemies in the same armour.

The Surge 2 builds upon the universe that the original game introduced, showing a world on the edge, with people merging themselves with machines in a bid to become more powerful. Just like in the original game there will be huge bosses to contend with, many of which are variations of functioning items such as cranes. However, in The Surge 2 there is a much bigger focus on fast-paced combat, with stylish kills. 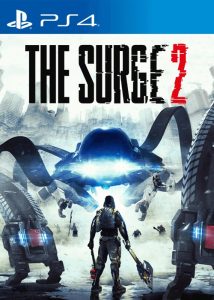 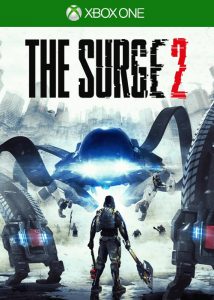 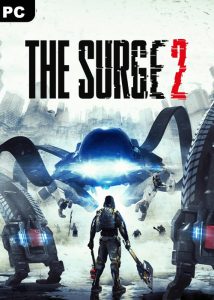 Related Topics: Deck13 Interactive, The Surge 2
By Admin in: Wholesale Games Industry and Market News on August 16, 2019 at 8:52 pm