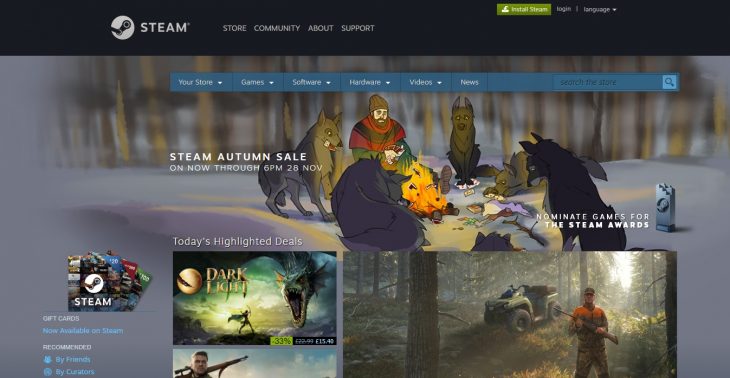 The online video games platform Steam have announced some major changes to the way reviews are managed and highlighted on their site.

Traditionally Steam have operated a similar system for highlighting reviews to Amazon, allowing users to provide a “thumbs up” or “thumbs down” to individual reviews based on how helpful the user found them.

Steam then showcase recent reviews with a large number of upvotes on the page for a particular game, giving those reviews a potentially huge influence on those browsing for new purchases.

Perhaps unsurprisingly, in a current climate where even US presidential elections have been dogged by claims of digital manipulation (e.g. the creation of fake Facebook profiles in favour of certain candidates), Steam have discovered that their review system is being abused.

Having noted that a number of games with a positive reception overall had front page reviews that were overwhelmingly negative, Valve investigated and discovered that, while most of their 11 million users were up and down-voting responsibly, a “a small set of users on the far extreme…are clearly trying to accomplish something quite different from normal players, and are rating more than 10,000 reviews as helpful or unhelpful on a single game.”

These users – or bots, in all probability – were clearly attempting to manipulate the reviews system to encourage or discourage Steam users from purchasing certain titles.

Steam have, as a consequence, altered the way reviews are selected for their main page by making two significant changes.

Firstly, the up and down-voting behaviour of users will be monitored to attach greater weight to votes by those using the system in a sensible way and to minimise the weight of votes from those exhibiting bot/spam like behaviour.

Secondly, the make up of reviews on the main page will reflect the overall rating of a game. “For example,” Valve explain, “if the game is reviewed positively by 80% of reviewers, then the ten reviews shown by default on the store page will be 80% positive, showing eight positive and two negative.”

It remains to be seen how successful Steam’s attempts to outwit the bots will be, but Valve are clearly determined to tackle any attempts to manipulate their users.

Related Topics: Steam
By Admin in: Wholesale Games Industry and Market News on November 23, 2017 at 4:58 pm