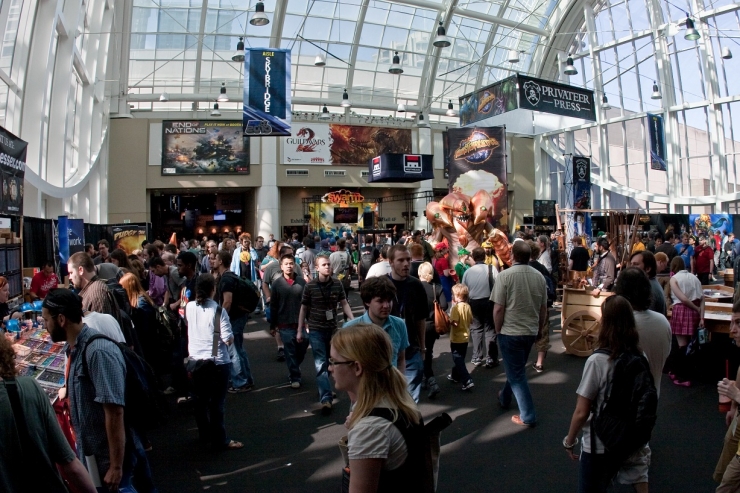 PAX West, situated in Seattle, is one of the next big gaming shows that takes place after Gamescom. Sony has confirmed they will be attending and what games they’ll be showing at the event.

Sony will be giving players the chance to try out a number of unreleased titles, including Playstation 4 and Playstation VR games. Among the Playstation 4 games at PAX West are Gran Turismo Sport, the latest addition to the Gran Turismo racing simulation series, platformer Knak 2, Quantic Dream’s latest game Detroit: Become Human, and Marvel vs Capcom: Infinite.

Uncharted: The Lost Legacy, which launched yesterday, will also be available to play. Many are calling this title the collection of the best experiences from the Uncharted games, which in of themselves are a flagship series for Sony. Ni No Kuni 2, sequel to the beloved Ni No Kuni, will be playable at the event also, and is a game that many Sony fans are looking forward to.

Four new Play Link games will also be available to play at PAX West. Hidden Agenda, That’s You!, Knowledge is Power, and Frantics all use Sony’s new smartphone app together with the power of the Playstation 4 in order to create fun new couch multiplayer experiences. The games available for Play Link so far have proven to be a hit as party games for those who want to play with their friends without loading up a complex or intense video game.

Among the Playstation VR titles at the show is Gran Turismo Sport once again, since the game features VR capability, and The Inpatient and Bravo Team, two new titles from developer Supermassive. The Inpatient is a highly anticipated new horror VR game, one that looks to rival even the experience provided by Capcom’s tremendous Resident Evil 7.

The full list of Playstation 4 titles available to play at the event is as follows:

The full list of Playstation VR titles available to play is as follows:

Related Topics: PAX West, Sony
By Admin in: Wholesale Games Industry and Market News on August 23, 2017 at 9:09 am