Resident Evil 0, 1, and 4 to release for Nintendo Switch 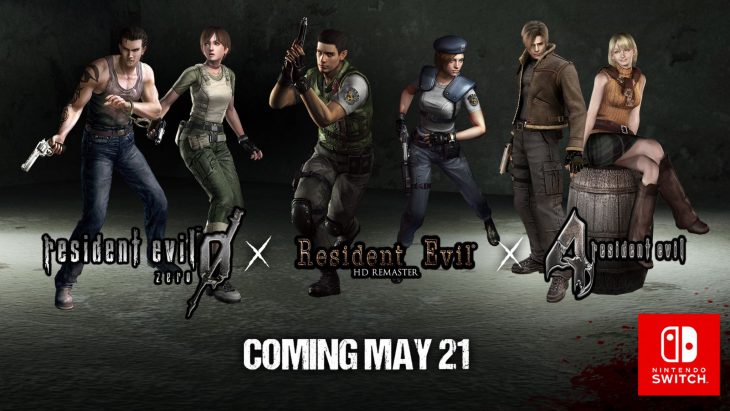 In a recent Tweet from the official Resident Evil Twitter account it was confirmed that Resident Evil 0, 1, and 4 will be releasing for Nintendo Switch on the 21st of May 2019.

However, on the 21st of May that will all change as three more Resident Evil titles joint the Nintendo eShop. Resident Evil 0, 1, and 4 will be available to pre-order on Nintendo’s storefront from the 28th of February. Each game has been confirmed to be the HD remaster version, and not a port of the original version.

The Resident Evil series is, for the most part, one of the oldest in gaming’s horror genre. The original blew fans away with its terrifying atmosphere, and camera angles that created just the right level of suspense so as to ensure the player was always on their toes.

Resident Evil 4, while a great game in its own right, saw the series go down a far more action-oriented path. Some fans weren’t bothered by this, but for others it ruined the experience. Most fans are far more happy with the return to a horror setting in recent Resident Evil games, but most still say Resident Evil 4 was a masterpiece for what it did both for other games it inspired, such as Dead Space, and for the series.

Related Topics: Capcom
By Admin in: Wholesale Games Industry and Market News on February 26, 2019 at 10:17 pm