Sony has revealed that a new set of PlayStation 4 controllers is being released. These controllers are inspired by the original PlayStation and are semi-transparent. These new controllers will launch on October 17, 2017.

The inspiration for these controllers comes from the see-through equivalents released for the original PlayStation console twenty years ago. After initially confirming the controllers for Europe only, Sony has told press that they will be coming to other regions as well, including the US.

In the UK only the basic Crystal Controller version will release, though earlier this year another limited crystal edition of the Dualshock 4 already released. However, this version was of the older Dualshock 4 controller and there has been an update to the design since. The UK and Australia will also be receiving a limited edition Destiny 2 Dualshock 4 with decals on the handles and touchbar of the controller.

The Dualshock 4 Controller uses the built-in lights to provide cues for in-game activities. If a player dies while in a multiplayer match it may display a red light, or if a player enters a dark area in-game and turns on a light the Dualshock 4 might display a bright white light. This feature is both helpful to players and provides a deeper immersion for certain games, particularly first person shooters that have a lot of changing environments and player states, particularly in multiplayer modes.

There have been crystal variants of both consoles and controllers throughout the years, but for Playstation fans the version released for the original Playstation will always be a firm favourite, which is why it is being brought back for Playstation’s 20th anniversary. 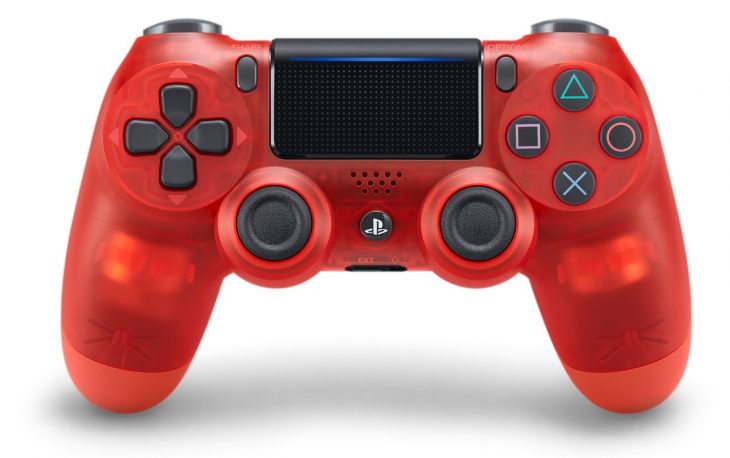 Related Topics: PS4 Controller, Sony
By Admin in: Wholesale Games Industry and Market News on September 4, 2017 at 10:03 am