Atari announced that their current project, the “Ataribox,” has now been renamed the Atari VCS as it moves closer to becoming available for pre-order.

The console, perhaps inspired by the success of the NES and SNES Classic consoles, will make classic Atari arcade titles available to play on a sleek modern box. The console will also have an open Linux operating system, something that is bound to appeal to budding coders, and will act as a host platform for what the Atari website calls “hot new indie titles.”

Moreover, according to Atari the console will allow players to “Game, Stream, Connect Like Never Before,” suggesting that network functionality can also be expected from the Atari VCS.

Atari made the announcements at the 2018 Game Developers Conference in San Francisco alongside the unveiling of an official logo for the console. Atari will also display physical models of the Atari VCS at the conference alongside its relatively modern controller and throwback joystick.

The announcement of a new Atari console will doubtless have many gaming enthusiasts (particularly those of an older generation) counting down the days. Atari played a key role in the birth of video gaming, both at home and in arcades, thanks to consoles like the Atari 2600 and the iconic game Pong.

Atari state that the design of the Atari VCS is based on the iconography of the Atari 2600 and they will certainly hope that the new console can recapture some of the 2600’s success. The 2600 was the dominant console for much of the 1980s, but Atari were unable to replicate its success with later platforms like the Atari Jaguar.

Indeed, the Atari VCS will be the first new Atari console in 20 years. Those for whom two decades without a new Atari feels like a lifetime shouldn’t have too long to wait to try out the VCS. According to GameSpot Atari will announce in April the date from which the console will be available for pre-order. A price has yet to be confirmed but GameSpot note that a $250-$300 was previously mentioned and this may represent a ballpark figure. 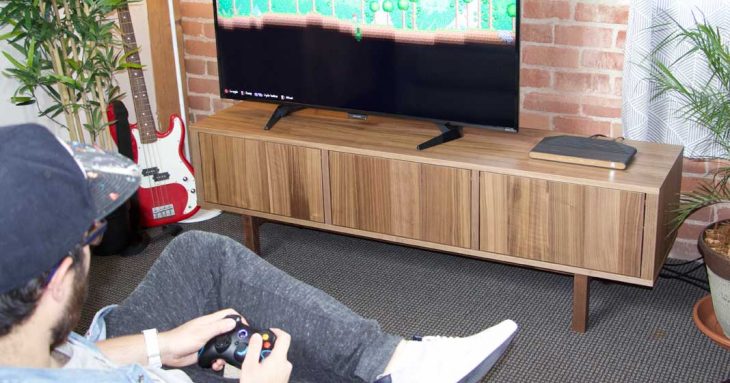