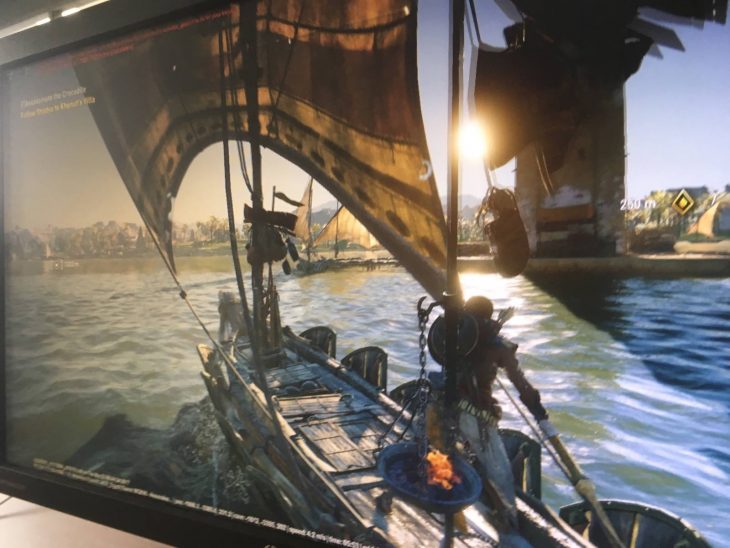 This week there have been new leaks relating to the next Assassin’s Creed title, set to be released later this year, with hints towards the setting, story, and even a screenshot among them.

This week further leaks from sources close to Ubisoft have confirmed the setting for the game as Egypt. Apparently the game will explore the origins of the Assassins, which will be told through the eyes of two main characters, a man and a woman. The protagonists of the last game were also a man and a woman, though players were never confined to one of the other, able to choose at will which one they wanted to control.

The sources at Ubisoft are now saying that the game will be called Assassin’s Creed Origins, not Empire, which makes sense if the story is going to explore the early days, potentially the very beginning, of the Assassin’s Guild.

Sources have been reported as saying that the new game will have a massive open world, larger than any other game in the series. Players will also see a new character progression system similar to Bethesda’s Skyrim. If this is true then players will expand their character’s abilities through what they do, instead of allocating points. For example, performing more leaps of faith and free running will likely increase a character’s agility and grip on buildings.

The game is said to be more open than any other title in the series. Players won’t be restricted to smaller areas of the map as they are usually, which could mean that the story changes depending on which targets and areas of the map players choose to take on first. Targets rising to become more lethal as with Shadow of Mordor’s Nemesis System would be an extreme yet interesting change to see in Assassin’s Creed. A image leaked via Reddit shows a protagonist exploring open water in a boat. While naval gameplay and combat can never match the likes of Assassin’s Creed 4 Black Flag, it is likely that it will take place in some form, allowing players to explore the Mediterranean.