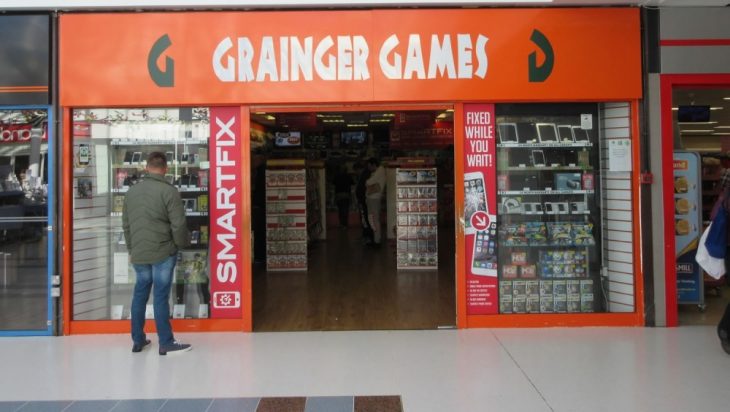 Grainger Games, an independent retailer with a heavy presence in the north of England, has announced that it has encountered financial difficulties as a result of a challenging period for high street retailers.

The company, which has over 60 stores and employs 400 staff, made a £1.3 million loss last year and the figure appears to have damaged its relationship with its suppliers. The company are, in their own words, experiencing “significant operating challenges” on the back of having their credit limits cut.

Stephen Bowyer, the CEO of Grainger Games, expressed his disappointment at the changes to its credit limits, which he called a “shock to us all” and linked to unrest among investors following the recent collapse of Toys R Us and Maplin.

Bowyer noted that the Christmas period had been successful for Grainger Games and that the company had even managed to secure long working capital facilities in January – “bucking the market trend” – but the increasingly challenging high street environment appears to have caught up with them.

Customers at Grainger Games have been informed of one direct impact of the credit cuts: pre-orders for forthcoming titles, including Ubisoft’s Far Cry 5, due out later this month, have been cancelled.

Bowyer was keen to point out that Grainger Games aren’t taking the setback lying down. “We are working tirelessly with our advisers to explore all options and are in dialogue with a number of interested parties regarding the future of the business,” he said.

Those with an interest in preserving a diverse and competitive retail environment for video games, particularly those based in the North East of England, will be hoping Grainger Games can find a way forwards.

The firm, named after the Newcastle-Upon-Tyne market where the company found its feet, offers a strong independent presence in an increasingly corporate marketplace and would be missed were it to go under.

Related Topics: Grainger Games, Stephen Bowyer
By Admin in: Wholesale Games Industry and Market News on March 22, 2018 at 10:38 am