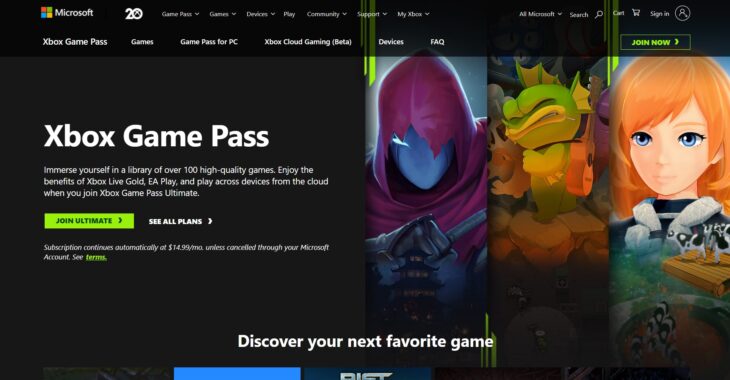 Microsoft has revealed that it didn’t manage to attract as many new users as it wanted to in the last fiscal year, indicating that the growth of Game Pass is slowing down.

The financial filing, which was picked up by GamesIndustry.biz, shows that for the twelve-month period ending on June 30, 2021, Microsoft wanted to grow Game Pass subscribers by 47.79 percent. However, the actual figure that was achieved was only 37.48 percent.

Compared to the financial year for 2020, which is the point at which Game Pass seems to have been first included in Microsoft’s financial results, the company’s target was a growth of 71 percent. The actual growth that Game Pass subscriber numbers saw was above that at 85.75 percent, which may be the reason the figure is so high for 2021’s financial results.

The disadvantage that 2021 has is that there are fewer lockdowns in place, forcing people to remain indoors and look for new forms of entertainment. This is when Game Pass became such a great deal for anyone with a PC or an Xbox console, but now, with fewer people being forced to stay inside, it doesn’t seem like such a good deal.

Game Pass has also now become an entry point for people to engage with Xbox games, be that through PC, Xbox consoles, or Android devices. The subscription is a great deal if you don’t want to own your games, but this is actually a sticking point for some.

The growth of Game Pass subscribers has now become a key indicator behind the performance stock award for Microsoft executives. The financial incentive has been altered from 7 percent to 5 percent, since Microsoft wanted executives to focus on the growth of the use of Microsoft Teams. Once again, the pandemic saw a surge in users, and maintaining that user base is essential to the company now.

The last figure that Microsoft shared was 18 million Game Pass subscribers in January 2021. Since then, more people have undoubtedly signed up, but it’s impossible to know just how many.