Fe given release date and announced for Nintendo Switch 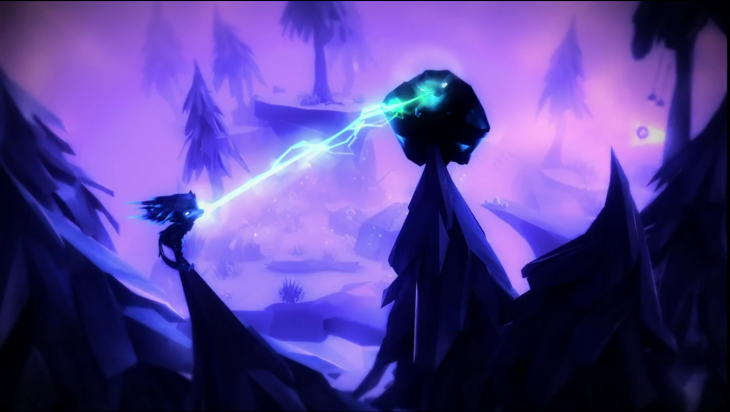 Today EA has finally announced a release window for the beautiful upcoming adventure title Fe. The game will launch in early 2018 for Playstation 4, Xbox One, PC, and the publisher confirmed that Fe will also be coming to Nintendo Switch. The announcement was made alongside a new trailer for the title which shows us more of what to expect when it launches.

Creative Lead Klaus Lyngeled for Fe from developer Zoink told attendees that Zoink want to convey how connected and familiar nature can be, stressing how heavily influenced by nature the game actually is. In the game players take on the role of a cub who explores a forest, interacting with every creature they encounter. This is supposed to imitate the feeling of familiarity you develop with the woods as a child after spending so long playing there day after day.

Fe is a title being published by EA as part of the EA Originals program. This program sees EA hand pick titles presented to them that require assistance from a publisher in order to get off the ground. In the past EA have expressed the need for games to tell a story and feel completely unique, and those are the games they look to publish through EA Originals.

Previous EA Originals games include Unravel, a game about a yarn doll that tells the story of a young girl right up until her final days. The game uses environments, puzzles, and even enemies to express the journeys the character went on throughout her life, and the relationships she had along the way. Sea of Solitude is another EA Originals title that is yet to release, but maintains the unique storytelling and artistic aesthetics of other titles in the program.

Fe will be the first EA Originals title to release for Nintendo Switch, and will be one of the few third party titles available for the console. Whether or not the Switch version of the game will take advantage of the console’s touch screen or unique Joy Con Controllers still remains to be seen.