During their recent Facebook Connect event, Facebook announced the Oculus Quest 2. This is the company’s latest standalone VR headset.

The Oculus Quest 2 is set to launch on October 13, 2020, and is available to pre-order for $300 for the 64GB version, or $400 for the 256GB model. Both versions of the device will come with two Touch controllers, which pack in six degrees of freedom.

The biggest advantage the Oculus Quest 2 has over other VR headsets is the fact that it’s a completely standalone device, with no PC required. However, it is compatible with Oculus Link, which is a device that connects the Oculus Quest 2 to a PC, allowing it to play Rift and Rift S games. This includes the upcoming release, Medal of Honor, which is set to launch on December 11, 2020, for Rift and Steam VR.

In addition to this new product announcement, Facebook revealed that production of the original Oculus Quest model and Rift headsets, has now ceased.

This new Quest model has a number of improvements over the original, such as a Qualcomm SnapdragonXR2 processor chip, a single LCD panel per eye, and 6GB of RAM. There are also three separate lens adjustment positions, providing greater accessibility than the previous model.

A number of games have been confirmed for the Quest 2, including Beat Games’ Beat Saber, Population: One from BigBox, Jurassic World Aftermath from Universal, and Star Wars: Tales from the Galaxy’s Edge from ILMxLAB.

Facebook recently announced that all Oculus users will be required to use their Facebook account to log into their device in order to make full use of all of its features. Users have until January 1, 2023 to do this.

However, this is a core part of what Oculus said would never happen when the company was acquired by Facebook. Fans are growing more and more concerned about how Facebook is treating the company, and the direction they’re taking it.

Those concerns won’t probably affect the sales of the Oculus Quest 2 though. 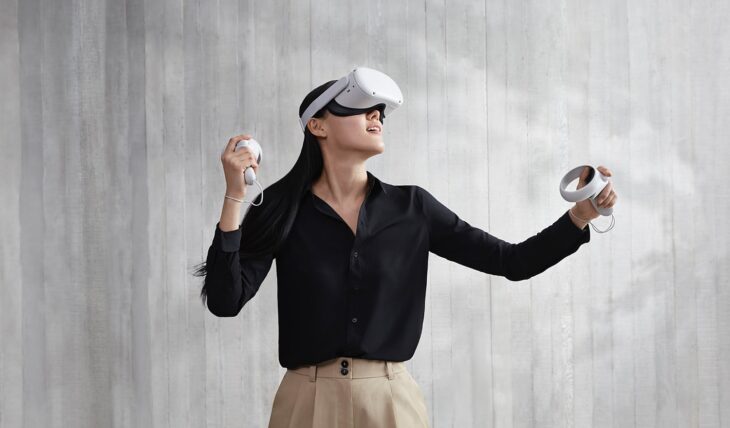