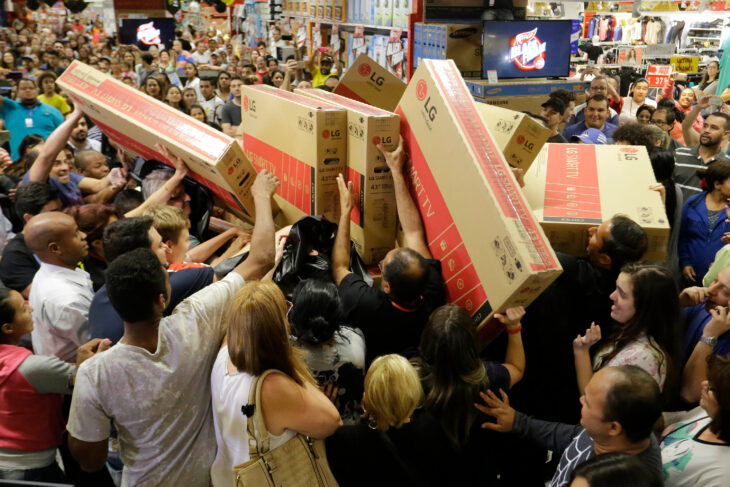 Adobe Insights is a tool that analyses sales date from Adobe. The tool can be used to see the best-selling products in online retail stores. Using the tool to look at the spending period over the weekend it’s easy to see which games sold the most.

During the Black Friday weekend the top selling games were Pokemon Let’s Go Eevee and Pikachu for Nintendo Switch, and God of War for PlayStation 4. In the lists of best-selling products no consoles appeared, which is interesting considering the number of offers particular retailers were holding for a new PlayStation 4 or Xbox One.

The top 5 best-selling products for Black Friday were; Laptops, L.O.L Surprise, Fingerlings, Pokemon Let’s Go Eevee and Pikachu, and God of War. The latest Pokemon title and Sony’s masterpiece which launched earlier this year were the only video games in the top 5 products, showing just how desirable they are.

However, many stores were offering Black Friday deals in the week leading up to the sales weekend. While many won’t have had the time out of work or school to take advantage, on Thanksgiving day itself the top 5 selling products looked very different. The top 5 best selling products for Thanksgiving were; Nintendo Switch console, Beats, Hot Wheels, Red Dead Redemption 2, Hatchibabies. Interestingly here we can see that Red Dead Redemption 2 was the only video game in the top 5, indicating that many consumers waited until the holiday weekend in order to pick up a copy. With 17 million copies sold in just over a week it’s hard to see who was left to buy a copy of the game, and it will be very interesting to see how these sales have affected digital and physical game sales charts.

The NPD Group will publish their next report on the 18th of December, which will cover the Black Friday sales spending period. With Cyber Monday still to take into account the top 5 best selling products for the whole holiday sales weekend could look drastically different to how it does so far. Traditionally Cyber Monday is when online retailers hold the best sales on their products.