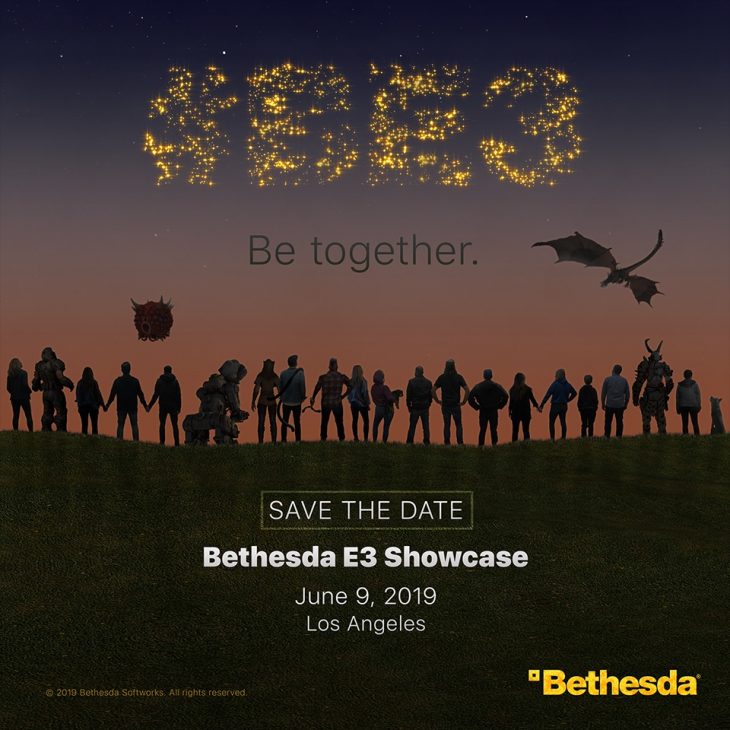 Bethesda has confirmed that they will be returning to E3 in 2019, where they will hold their fifth annual press conference for the event.

During E3 2019 Bethesda will hold their annual press conference for the fifth year in a row. In an article on their website they confirmed the news and said that their press conference will be on Sunday the 9th of June at 5.30PM PST.

So far Bethesda has announced that they will be revealing more about, and discussing, Doom Eternal, the sequel to 2016’s Doom remake title. They added that much much more will also be discussed at the event, but don’t go into details about what that could be.

In their article Bethesda say they want to invite more of their fans to their conference. They’ll be releasing more details about how fans can get an invitation in the near future, as well as issuing all of their own invitations.

The image Bethesda has shared for this article contains the image of an enemy from the Doom universe, which the publisher has already said will be a feature of their conference. The image also shows a dragon, which is more than likely a hint that The Elder Scrolls Online will be a major part of the conference. The latest update for the game, Elsweyr, has a heavy focus on dragons and is probably going to be another core focus of the conference.

Previous Bethesda conferences have always been exciting for fans of the company’s games. Bethesda announced Fallout Shelter and released it during a past conference, as well as announcing Fallout 4 alongside a release date within a matter of months.

Fans of Bethesda games will be eager to hear what additional content is coming to The Elder Scrolls Online and the company’s other mmo, Fallout 76. Fallout 76 is seeing its first year of free content in 2019, so there should be a good look at the next piece of Wild Apallachia during this E3 conference.

The two big games that fans will be eager to see are Starfield and The Elder Scrolls 6. Both of these games have been confirmed by Bethesda as being in development, but so far nothing more than initial title screens have been shown. If Bethesda do show more of these titles, they’ll be some of the biggest news to come out of E3 2019.

According to a new GfK report, FIFA 21 was the best-selling boxed game throughout the majority of…