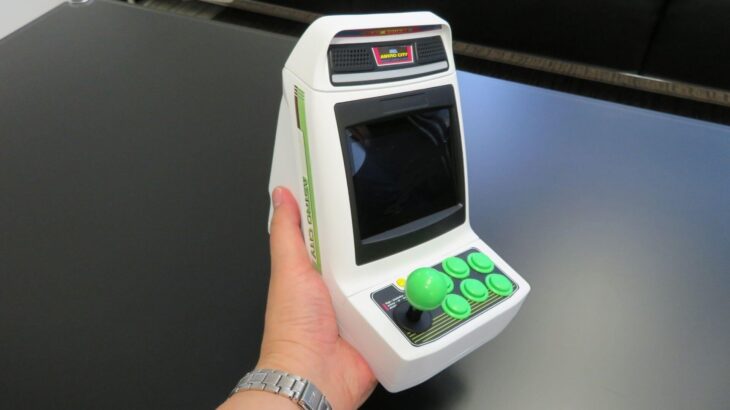 The Sega Astro City Mini is a miniature arcade cabinet. While that might make it sound like the size of a PlayStation 4 or Xbox One, the unit is actually small enough to hold in one hand. It has a control stick and six buttons, just like arcade machines, and allows users to play games with the same inputs that they would use on full-size arcade cabinets.

One of the most attractive features of the Sega Astro City Mini is the fact that it has an HDMI-out port. This means that it can be plugged into larger screens, or even used with streaming software. The device also has two USB-A ports, a micro-USB port, and a headphone jack.

Right now there is no word on a western release for the product. It’s currently priced at 12,800 yen ($120), and set to launch by the end of 2020. Given the success of other mini consoles, it’s likely that this one will make its way to western markets soon.

Sega has been doubling down on miniature consoles over the past year or so. This is likely due to the success Nintendo has seen with their NES and SNES Classic consoles. So far Sega has launched the Sega Mega Drive Mini and the Game Gear Micro, though this second console seemed too small to use.

With a new generation of consoles launching towards the end of the year, now seems like a confusing time to launch a new classic console. If consumers are going to purchase a new home console, they’re more likely to save up for the latest technology so that they can play the best games out there.

Time will tell just how well Sega’s latest mini console venture does. It’s likely that some consumers will purchase it for the nostalgia factor, and it may be enough to make the manufacture of the device feasible.