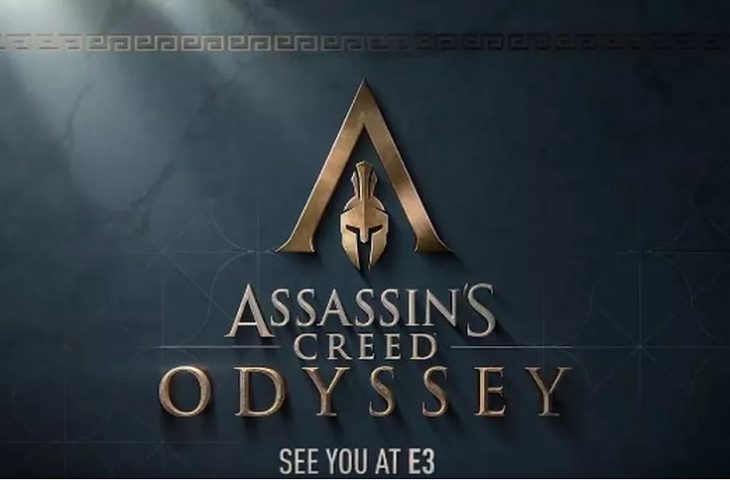 After an image of a promotional keyring was leaked yesterday Ubisoft have confirmed that the next Assassin’s Creed game will be Assassin’s Creed Odyssey. They confirmed this via Twitter saying that there would be more at E3, including a short gif of a Roman soldier kicking someone off of the side of a cliff.

See you at E3! pic.twitter.com/03NTPhCkCf

While no details have been confirmed by Ubisoft, it’s rumoured that the game will be a sequel to Assassin’s Creed Origins, set in Ancient Greece. The keyring lends some credence to the setting at least, stylised after soldiers from the time period.

The clip shown on Twitter is no doubt a nod towards the famous scene from 300 in which the Spartans kick the Persian messengers into a bottomless pit. However, the exact type of soldier players will take on the role of, like everything in Assassin’s Creed Odyssey so far, has yet to be confirmed.

Assassins Creed Origins is set around 47 BC, so it would make sense for a sequel to be set in Ancient Greece. However, Sparta didn’t really become a powerhouse until some time later, so it’s unlikely that players will be taking on the role of a Spartan warrior, unless it’s set much later.

In Assassin’s Creed Origins players took on the role of a Medjay, the most revered warriors at the time. However when the game begins the Medjay are all but gone, with the protagonist being one of the last. If Assassin’s Creed Odyssey is going to follow a similar trend then it would make sense that the protagonist is a Spartan warrior, arguably one of the best in Ancient Greece.

Ubisoft took their time developing Assassin’s Creed Origins, breaking the yearly release cycle and giving themselves another year to polish it off. The game was even delayed with the additional development time, but many say that the quality of the game made it worth the wait. It’s likely that Ubisoft will show more of Assassin’s Creed Odyssey this year but give a release date of 2019, if not 2020. Support is still on-going for Assassin’s Creed Origins and fans are still playing it, meaning Ubisoft have a lot of breathing space when it comes to the next game’s release window.