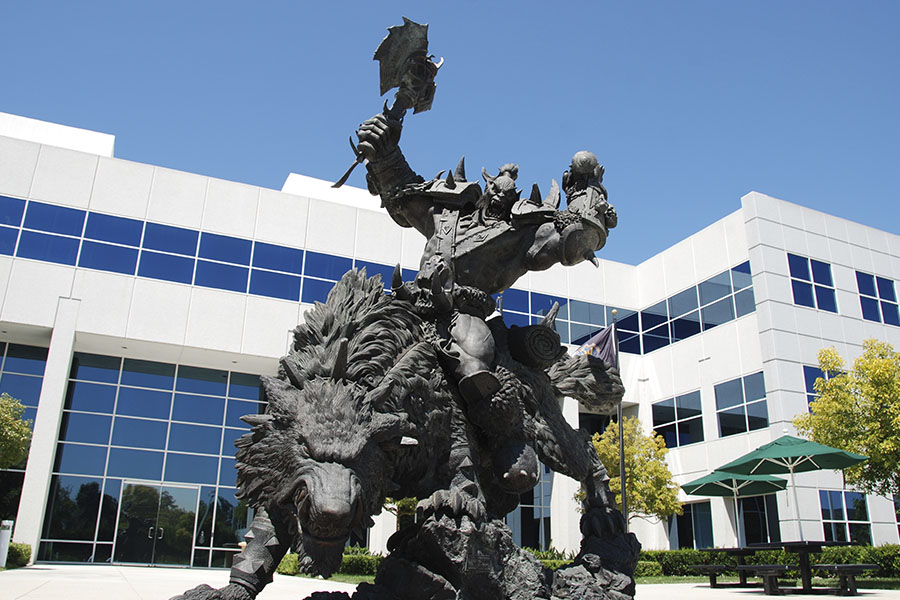 After the announcement of Diablo Immortal at Blizzcon fans of the franchise took to social media to express their outrage at not seeing any footage of Diablo 4. The effect of this outrage has spread to share prices for Activision Blizzard Inc. which have fallen as a result.

The company is on track to see its lowest close since January thanks to fans taking to Twitter and spreading their outrage at the announcement for a smartphone-only Diablo using #NotMyDiablo. The fans spread into the comments of the trailer on YouTube using the same hashtag, all of which has culminated in a change.org petition to cancel the game’s launch. So far the petition has 31,000 signatures.

The outrage towards Diablo Immortal stems from the fact that the game is a smartphone version of the desktop MMO. Fans have been waiting an extremely long time between expansions for Diablo 3, and were even hoping to see something of Diablo 4 at the event. Instead they were shown what they’re calling a reskin for the mobile market.

Timothy O’Shea, an analyst for Jefferies, said that Diablo Immortal should have been Activision Blizzard’s first big success in entering the mobile gaming market. The game should attract the harder core mobile gamers in regions such as Asia. Since the Diablo franchise is so well know that would only serve to benefit and increase the game’s popularity.

Brian Nowak from Morgan Stanley said that he thought Diablo Immortal could have over 200 million monthly active users once established. This could lead to earnings of $2.52 per share annually.

Wedbush told press that they believed the game would extend the franchise’s reach and audience, leading to it generating around $300 million once deployed around the world. The game would likely be monetised in the same was as Diablo 3, with cosmetic items up for grabs for any players willing to pay for them.

It seems as though industry analysts have faith that Diablo Immortal will prove to be profitable for Activision Blizzard despite this less than ideal fan feedback. The issue hasn’t’ been helped by rumours that Blizzard was planning to reveal Diablo 4 at this year’s Blizzcon. A spokesperson for the company has aid since that while a marketing video of Diablo 4 exists, it was never intended for use at the event.