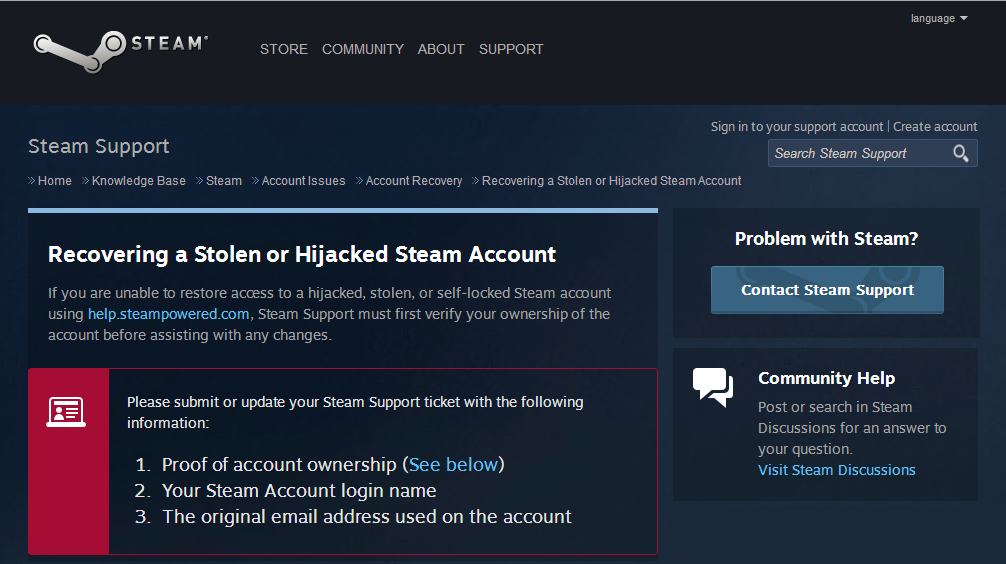 A massive number of 77,000 Steam accounts are stolen by hackers every single month, according to owner Valve.

Posting on the Steam blog, the PC gaming giant have revealed the extent of cyber-crime on the PC format’s biggest platform.

Describing the situation with somewhat worrying language, Valve described the world of Steam-based cyber-crime as a “highly effective, organised network,” with the stories of victims being so frequent as to be “commonplace.”

Valve reported that since the introduction of Steam Trading, theft on Steam has increased by a factor of twenty. Theft of Steam items and accounts is the number one issue faced by users of the platform.

Hackers have found a lucrative market in accounts and items on Steam. By stealing gamers’ accounts, they can be sold on in the black market for a tidy profit. Valve mentioned that victims of such theft include professional CS:GO players and dedicated item traders.

Valve promise that they will work around the clock to improve security, close loopholes, and fix glitches. A part of their efforts includes initialising a method of two-factor authentication, called the Steam Guard Mobile Authenticator. This involves using an additional device, like a smartphone, to provide an extra level of security in users’ accounts.

Their efforts will add new layers of security into the trading process. Valve is aware that these additional steps of security may make it harder for gamers to use their products; however they see it as a worthwhile trade-off to combat the issue of cyber-crime.

Users who believe that their accounts may have been compromised should contact Steam Support.

Related Topics: Steam
By Admin in: Wholesale Games Industry and Market News on December 14, 2015 at 3:30 pm