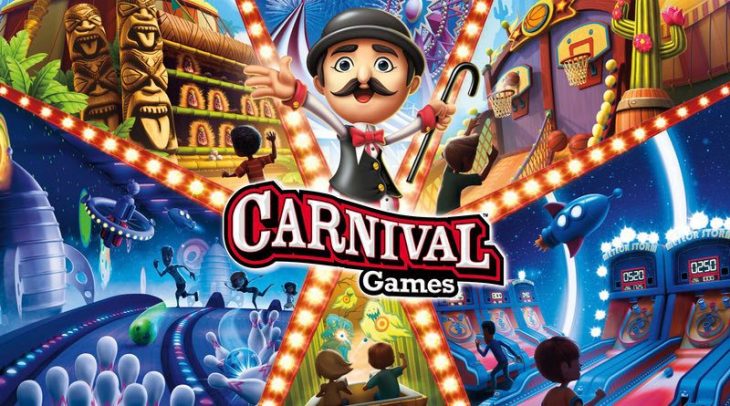 2K Games is hoping to recreate the success of their mini games franchise success on the Nintendo Wii by bringing it to the Nintendo Switch. Nintendo has largely been the one doing all of the work in trying to bring in a wider audience to their new platform, but now it seems as though 2K Games is willing to lend a hand as well.

The Carnival Games series was one of the largest and most-successful third-party series on the Nintendo Wii, bringing in millions of sales thanks to the unique controls, provided by the console’s motion controller, that made each mini-game fun and engaging in different ways. 2K have reported that since 2007 when the original game released, the series has sold 9.5 million copies across multiple platforms, including the Nintendo DS and Xbox Kinect.

Carnival Games is now set to return on Nintendo Switch, under the same name as the original. The game will bring a host of new mini games to the table as well as a number of old ones from previous entries to the series. While there are returning features 2K insists that this game has been built from the ground up for the Nintendo Switch, making use of the Joy-Con Controllers in every way possible.

With the success of 2K’s only other title on the Nintendo Switch, NBA 2K18, the publisher is far more willing to bring more games to the console. So far major third-party titles have had less than enthusiastic responses from players on Nintendo Switch. 1-2 Switch was a launch title for the console that, while fun, never took off as much as it seemed it could. Nintendo Labo continues to sell well but not as fast as was predicted, although this title is highly experimental and still evolving as the Switch’s lifecycle continues.

The Nintendo Wii’s success was driven by family-focussed fun. Games such as Mario Party, Wii Sports, Wii Sports Resort, and Carnival Games all brought together every member of the family in their ability and enthusiasm to play games. 2K is aware of this and so too are developers looking to bring their games to the console. Carnival Games could well be the first step towards the Nintendo Switch becoming the best-selling console of all time if it can reignite that enthusiasm from the whole family when it releases on November 9th.