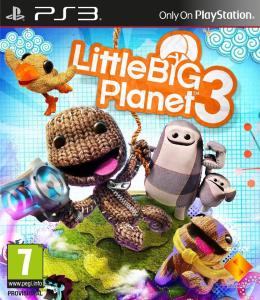 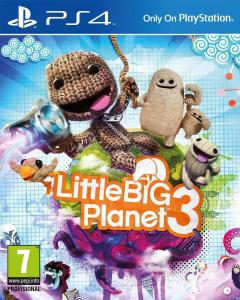 Sackboy is a main character as in previous entries, but this time new three characters have been added, Toggle, OddSock, and Swoop. Each of them have their own personalities and abilities. Toggle is a massive creature, heavier than Sackboy, but it can turn into Little Toggle, who can fit into small spaces. Oddsock is pet type creature, who on its four legs, can run faster than Sackboy and even jump over objects. Swoop can fly, even through levels.

LittleBigPlanet 3 received around 78-79 score both on Metacritic and GameRankings at the time of its release.