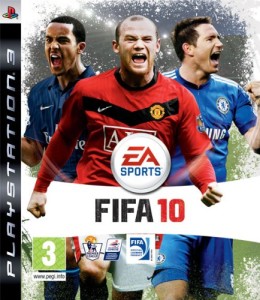 or Register.
FIFA 10 has some significant improvements over the previous year’s version, and the current FIFA was very good soccer video games for 2009. The game has particular improvements in the artificial intelligence, ball physics, and graphics. The artificial intelligence included such features, as teammates and opponents ability to move with a purpose on the pitch, and focus on the ball. The graphics is significantly improved, which makes the football game much more exciting and engaging. Players in the game look more like the real live players, they are more recognizable. Due to better graphics the crowd looks more live including mass crowd animations, etc. The rain and snow effect added better reality to the game. The game included improved manager mode with new interface, point system, staff upgrades, etc. The game also included a new 360 degree dribbling system, which allows better control over the ball.

FIFA 10 is of course an old game now, though it was quite a good game for its time, and still may find its audience. The game may be as cheap as couple of USD at some wholesalers, and it is good for creating cheap bundles. For example it could be used for creating a FIFA anthology bundle including few more FIFA games of other years for the same platform. Or it could be compiled with other sports games of approximately the same time and the same platform, for example PES 10, NBA 10, etc.