Capcom’s survival horror franchise Resident Evil has terrified gamers for two decades since it all but invented the genre in 1996. Resident Evil 7: Biohazard (RE7) has strong traditions to draw on but it isn’t afraid to forge its own path either. The shocks in RE7 are delivered from a first- rather than third-person perspective for the first time in the series – partly to allow for compatibility with PlayStation VR, Sony’s virtual reality headset.

How has Resident Evil 7 been received? Let’s have a look at how some of the major review and aggregate sites have scored the game. The reviews in question are primarily for the PS4 version of the game but, as you’d expect, there is a certain amount of uniformity in the game’s reception across PS4, Xbox One and PC.

Metacritic review aggregator has given Resident Evil 7 “generally favourable” reviews, with Metascore of 86/100 for PS4 platform. At the time of writing Metacritic have pulled together 67 reviews, 65 of which are rated “positive” and two as “mixed”. Tellingly, none of the RE7 reviews gathered by Metacritic fall into the remaining category “negative,” suggesting that at the very least Resident Evil 7: Biohazard has something to offer gamers.

Digital Spy: “Capcom’s zombie comeback is as brilliant as it is bloody”

Digital Spy was among big admirers of the game. Awarding Resident Evil 7 a maximum score of 5 stars out of 5 they viewed it as a return to the series’ roots, stepping away from the action-oriented gunplay of Resident Evil 5 and 6 to go “back to the bloody basics” of a series built on tension, limited ammo and sudden shocks. Digital Spy described the visual appearance of the game as “gorgeous” and also praised the setting and atmosphere. They noted that the graphical quality takes a bit of a hit in VR but that “everything else is scarily amplified, including the game’s already-exceptional audio design.” They felt the campaign was slightly short and that enemies were a little repetitive, but these were the only criticisms they offered of the game.

The Guardian also awarded Resident Evil 7: Biohazard 5 stars out of 5 and praised it as a return to form. They felt that the shift in perspective from third- to first-person was positive and greatly enhanced the horror of the game, with the effectiveness of “jump scares…grimly compounded by the perspective shift.” The Guardian echoed Digital Spy’s observation that playing in VR ups the intensity and felt that VR players risked “sustaining the first major injury inflicted via the technology as they jump out of their seat.”

The Guardian: “Capcom’s survival horror series goes back to its origins as a truly shocking, challenging and terrifying experience”

Polygon awarded Resident Evil 7 a score of 9 out of 10 and were surprised by the quality of the game. They joined the Guardian in praising the game’s ability to build tension, aided by “sparse, creepy audio” and noted that, while some gamers might find the switch into first-person disorienting, “it’s an evolution that fits perfectly into the world and source material Capcom has created.” They agreed with previous viewers that graphical fidelity dipped in VR mode and found that the traditional drawback of VR, motion sickness, was a problem when playing the game for prolonged periods of time. They were, however, pleased that VR could be switched on and off at will, allowing gamers to decide when they wanted to use it and for how long. Polygon’s only major criticism of the game was the boss battles, which they considered huge, impersonal firefights, but, overall, they were highly impressed with RE7.

Gamespot were also impressed with Resident Evil 7 and awarded it 8 out of 10. They praised the game’s atmosphere and narrative and felt that the VR support was “top notch.” They agreed with Polygon that boss battles were unrewarding to the point of being “annoying” and felt that enemies could have been smarter but, overall, enjoyed the game.

IGN scored RE7 7.7 out of 10 and felt the game was strong, though they were less enthusiastic about it than previous reviewers. They felt that the switch in perspective to first-person “both helps and hurts the beloved (RE) formula in equal measure,” but praised the pacing of the game, the quality of the VR experience and the setting, which they found “one of the creepiest” RE setting since the original game.

IGN: “A flawed but fun new spin on the classic Resident Evil formula”

There is a strong critical consensus among reviewers of Resident Evil 7: Biohazard. The switch to a first-person perspective and the horror pacing of the original games is more or less an unmitigated success, with high levels of tension exacerbated by an atmospheric soundtrack and a classic Resident Evil setting. Playing the game in VR enhanced aspects of the game, though it did cause motion sickness for one reviewer and most noted a drop in the quality of graphics. Criticisms of the game were generally minor – poor boss battles were the most common – confirming that RE7 is a strong release and a worthwhile purchase for gamers. 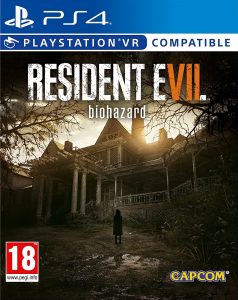 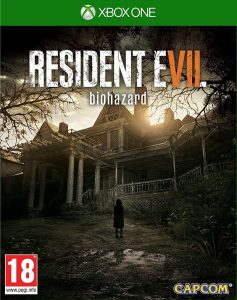 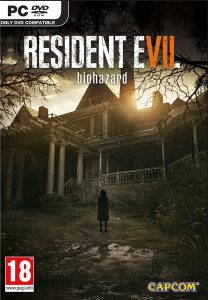