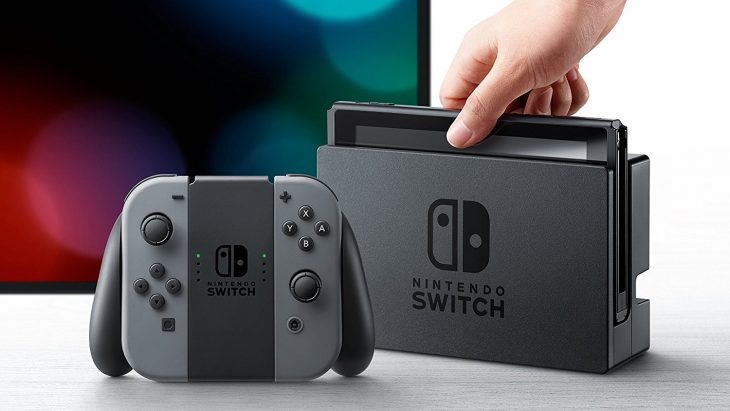 Nintendo have never been afraid to break with convention and go their own way. As intense as Sony and Microsoft’s console wars have been over the past decade, there’s unquestionably a certain homogeneity in the set up of their consoles and the gaming experiences they offer. While the PS4 and Xbox One provide gamers with competitive online multiplayer and AAA releases that push graphical realism to new levels, Nintendo hark back to an era where video games were childish and charming, but no less challenging.

The Nintendo Wii was a huge success, selling over 100 million console units, but its successor the Wii U never caught on in the same way. The Nintendo Switch is the company’s latest entry to the console market and is characteristically eccentric, doubling as a portable gaming tablet and a home console unit.

How have major reviewers received the Nintendo Switch? Let’s take a look at some of the early reviews to see how the Switch measures up.

At the time of this writing, Metacritic has not published its aggregate score for Nintendo Switch console yet. We will update this article later, as soon as data is available.

The Guardian: “A brave and fascinating new console”

The Guardian awarded the Nintendo Switch 4 stars out of 5 and called it “a brave and fascinating new console.” They felt the high price point of the console – $299 in the US and £280 in the UK – was a gamble, but noted that the portable gaming experience was good, blending “the accessibility of playing on a tablet with the added controller accuracy of a handheld” and opening up tantalising prospects like playing Mario Kart in the park with friends or capitalising on the location-based success of Pokemon Go. When connected to a TV the Switch offered “beautiful” visuals but they were more cartoony and hazy than those of the PS4 or Xbox One. The innovative Joy-Con controls, which can be used as one large controller or split up to create two controllers, were a little fiddly to detach and reattach but opened up new gaming possibilities. Finally, the Guardian noted that the game line-up for the Switch launch wasn’t strong in numbers, but felt this was counterbalanced by the fact that Zelda: Breath of the Wild “could well be one of the greatest launch titles ever released.”

The Telegraph: “The most fascinating video game console in years”

GameSpot did not assign the console a score yet but provided an in-depth review of the Nintendo Switch and felt that “the hardware has a lot of potential and marks a strong return to form for Nintendo.” Like the Guardian they were pleased with the portable element of the Switch. The console was light enough to comfortably play on the go for several hours yet sturdy enough to suggest durability and ideal for transport in backpacks, though at a push it was small enough to fit in “large pants pockets.” Gamespot also echoed the Guardian’s observation that Switch’s graphics can be beautiful but lack the processing power to compete with the PS4 or Xbox One. Intriguingly, their reviewer noted an occasional framerate drop on a game played via a TV monitor that wasn’t evident when the game was played on the Switch tablet. Gamespot’s reviewer greatly enjoyed the fact that they could play Zelda at home, pause the game and pick it up again 15 minutes later on the bus. Overall, they felt that with the Switch Nintendo have “undoubtedly laid the groundwork for a great gaming device.”

Gamespot: “The Nintendo Switch feels like the culmination of years of hardware growing pains from both Nintendo and Nvidia.”

Polygon have announced that they won’t assign the Nintendo Switch a review score until the actual day of its release, when full network functionality will be available, but in the meantime have amalgamated the impressions of several members of the Polygon team into review form. The Polygon team were unanimously impressed with “the near-instant, hassle-free shift from handheld game device to television-based game console” delivered by the Switch and wondered if Nintendo had nailed a gap in the market, bridging the “gap between mobile and console.” They were, however, concerned about a lack of launch titles and an absence of clarity on the online options offered by the device – the extent to which Nintendo “wants to move forward” and embrace gaming over networks and streaming apps like Netflix. It’s fair to say that Polygon are reserving judgment on the Nintendo Switch until more information becomes available.

IGN’s review of the Nintendo Switch is still classed as “in progress,” meaning no confirmed score is available, but their major reservations about the system were reflected in the reviewer’s statement that “if I had to score it now I’d give it a 6.7 (out of 10).” IGN acknowledged that the Switch is “an attractive and powerful…oversized portable gaming system,” but felt that it “struggles to be a convincing or reliable home console.” They did join other reviewers in praising the “seamless transition” from portable to home console offered by the Switch, aided by the rapidity with which the console wakes from sleep mode. The drawbacks of such multi-functionality were evident, however, when Gamespot began exploring the home console experience. The Joy-Con “never felt quite like home the way a great controller should,” the reviewer noted. The analogue sticks had notably less range than competing devices, while the left Joy-Con had an annoying tendency to de-sync. All in all, IGN felt that the Switch was cleverly designed but that, ultimately, it “doesn’t do any one of the many things it can do without some sort of significant compromise.”

IGN: “It’s trying to be so many things at once that it can’t pull any of them off perfectly.”

Reviewers more or less unanimously agree that the Nintendo Switch is a clever and innovative console making an ambitious bid for a gap in the market – the bridging of mobile and home gaming – that could be lucrative. The portable experience offered by the Switch seems to be particularly strong, but reviewers noted that on TV the Switch suffers in comparison to the capabilities of the Xbox One and PlayStation 4. The Legend of Zelda: Breath of the Wild is a hugely impressive launch title that could build momentum for the Switch, but a lack of other launch content and clarity regarding network features concerned the reviewers.

All in all, the Nintendo Switch clearly has potential but questions remain about whether or not it can fulfill its promise. 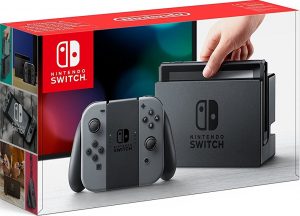 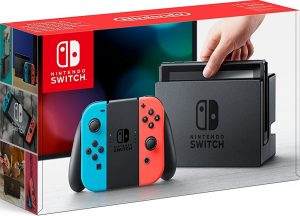