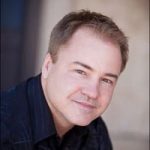 Prior to that Vince Zampella has worked as Studio Head/ CEO of Infinity Ward, one of the two developers who develop Call of Duty games.