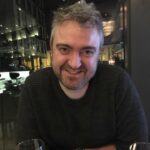 Nick Arran is the Managing Director of British retailer, GAME Digital plc. He was appointed to this position in July 2021. Before that, there was a transition period between July 2020 and July 2021, after the previous CEO, Martyn Gibbs left GAME for Vindex, the new owner of the Belong Arenas.

Nick Arran has been with GAME Digital for ten years, with a short break between August 2016 and July 2017, when he served as Head of Business Development at British online retailer Shopto.net. He has a wealth of retail experience having worked at also several other British retailers, including Sainsbury’s, Blockbuster, HMV Retail, Entertainment UK, Amazon UK, and others.