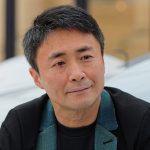 Kazunori Yamauchi is a video game designer and a racing driver. He is the President and CEO of Polyphony Digital, a video game development company in Japan. Polyphony Digital is the developer of Sony’s Grand Turismo game series. He has received the following awards: Street Named “Paseo de Kazunori Yamauchi” in the town of Ronda, Spain; “Grand Prize of Creativity” at the 30th International Automobile Festival in Paris; Nominated for BAFTA Games Award for Best Handheld Game.