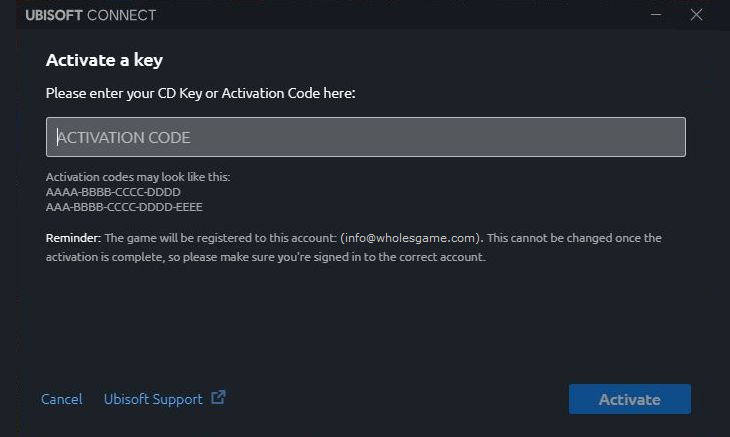 In a recent article by Dr Andreas Lober, partner at the law firm BEITEN BURKHARDT, on Gamesindustry.biz, a quite through legal analysis of the issue of game key resellers has been presented. Dr Lober has been advising video game companies on legal matters for many years. He has represented several publishers in court for legal proceedings against game key selling websites. The views expressed in this article are his personal opinions and conclusions.

Game key reseller G2A became the focus of a large debate on key selling this year. The debate highlighted issues within the key reselling community, namely that it can allow keys that were not intended to be sold, to be offered to the public for purchase. Dr Lober has provided some legal insight into the situation that adds clarity to many areas of the debate.

Firstly, most consumers don’t realise that the purchase of a game key is not the same as a software license purchase. Instead, a game key is simply proof of a user’s right to download a copy of a piece of software. Similarly, purchasing a physical copy of a key for a house doesn’t give the owner of that copy a right to enter the house, or own the house. This key simply lets the owner bypass the security in place at the house, and that’s exactly what a stolen game key does.

Some courts have made their position on this matter clear. The German Federal Supreme Court for example, deems the business of key reselling a criminal offence. There are many other court rulings that oppose key reselling, and support developers and publishers who act against it.

The main court decisions relating to these cases are called ‘UsedSoft’ decisions. Under these decisions it is generally agreed that once a software owner has put their software on the market, a book, DVD, or CD for example, the person who purchases it has the right to resell it under copyright law. It is said that once a particular copy of a piece of software has been sold, the rights owner can’t prohibit it from being sold again. In European law it is said that the owner’s rights are exhausted after the first sale, and US law has a similar standpoint in the first sale doctrine.

Under these laws and decisions it is argued that key reselling shouldn’t be illegal. However, it is still controversial because there are very few ways to prove that the rights owner doesn’t have a copy of the game a consumer has purchased without physical media and copy protection. Traditionally these methods would have backed reselling, though now with platforms such as Steam it is much harder, if not impossible, to track.

Games contain both visual and audio media, and the games themselves are something different in the eyes of the law too. The InfoSoc Directive protects inter alia, graphics and sound, and software is protected by the Software Directive. Courts have come to the decision that games are protected by both of these directives, and rights exhaustion can only occur if met under both. With digital games this is impossible due to the InfoSoc Directive, and is true for most game keys sold by resellers.

Following this line, key scratching, the act of taking a game key from a physical boxed release and reselling it, should therefore be legal. However, with modern games this still can’t be the case. Most, if not all, games released today come with a substantial day one patch, and therefore are not contained on the disc in their entirety. As a result, rights exhaustion cannot apply. In addition, a Berlin court has ruled that rights exhaustion can’t apply if part of a product which has been brought to market is then resold. It was ruled that this ends with a new product, and therefore rights exhaustion doesn’t apply, because the physical product the rights owner brought to market has been resold as a digital one.

According to Dr Joben, many reseller sites justify key reselling by taking the keys from physical products. With all of the far more obviously illegal ways of obtaining game keys aside, he argues that this is still far from legitimate.

Joben goes on to explain that many resellers are actually aware of the issues presented above, and so choose to operate as a marketplace. In this way they hope to come across as neutral, and avoid any legal and moral repercussions. Joben argues that since there is no possible way to legally resell game keys, these marketplaces can’t ever be neutral. He adds that the sites are far too involved in the whole process of reselling a game key to ever be impartial.

Dr Joben’s final point hammers home what is at the heart of his argument. It still remains to be proven that key resellers can legitimately provide a way for consumers to sell their used game keys, particularly when a game key can’t be activated twice by design. He then suggests that the real argument is not whether or not reselling game keys is illegal, but whether or not the commercial activity of selling game keys of a mysterious origin on a large scale is illegal.

According to the article, Dr Joben has been granted injunctions against key reselling sites within a few days of requesting them. He also points out that in addition to the legality of these businesses, there is an issue of tax. He indicates that a considerable number of key resellers avoid paying VAT and other taxes, and even describes how one key reseller allowed users to choose the amount of VAT they paid.

Ultimately Dr Joben says that many key resellers have established their businesses in such a way as to make them as hard as possible to take legal action against. He goes on to describe the actions that publishers and developers will have to take against key resellers if they want anything to change, namely blocking injunctions, disconnecting domains, and tackling any and all companies supporting the resellers.

One of the key arguments against G2A was that the sources of thousands of their game keys were a handful of sellers. This obviously makes the origins of these keys suspicious, but doesn’t implicate G2A in the way they were accrued.

WholesGame has a directory of wholesale and retail suppliers of video games. The following is a link to digital distributors of games, who sell digital versions of games, CD activation keys. You can contact them directly to find out their prices and terms.
Related Topics: Andreas Lober, Digital Distribution, G2A
By Admin in: Opinion, Commentary, Analysis on November 12, 2019 at 10:25 pm