eSports: What’s The Difference Between Gamers and Athletes? 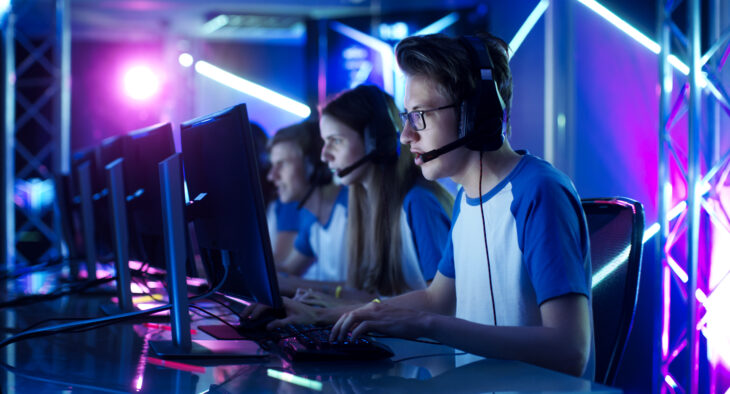 The answer is – competitiveness. But let’s have a closer look.

This is what ESPN’s Tyler “Fionn” Erzberger implies in an interview with Weldon Green – a sports psychological skills trainer. Green has a matching master’s degree in sport science and sport psychology, which he got from the University of Jyväskylä in Finland.

In the interview, Green points out that there’s a huge difference between esports athletes with no background in sports and esports athletes who have first-hand experience with the rigors of athletic sports.
That difference is the way each group responds to the pressure of competition.

Esports athletes with prior experience in sports react competitively to challenge. If they hit a wall, they take pleasure in the challenge of scaling that wall and coming out on top. This in turn fuels their competitiveness, which Green points out as the reason they were so into sports in the first place.

On the other hand, Green also notes that “occasional” esports athletes who just so happened to be picked up because they were good at a game tend to struggle with competition. These players are not psychologically prepared for the rigors of sports – from dealing with defeat and criticism to continuing to play a game even when it is less fun and magnitudes more painful.

Another point that Green brings up is that he wanted teams to view loss as a communal thing – as an event that the entire team shares.

This does not mean, however, that losses should be shrugged off. No, Green insists that no mistakes are forgiven during training – no lapses in a player’s efforts are allowed by the team.

The point that Green makes is that he wants players to trust one another even if they know that the end result will most likely end in failure. This is best achieved when teams are free-flowing and relaxed when they are not practicing.

Why is it that Asians – especially the South Koreans – tend to dominate esports when they enter the picture?
Green points to a difference in motivation and culture. To him, esports athletes in Japan and South Korea are driven to pursue mastery, where players commit every waking hour to honing their skills. Shame also plays a strong role in esports. There is a very strong motivation for players to do everything that they can not to be a liability for their group.

Green notes that the West’s attitude to esports is quite different. Competitiveness only thrives when there is competition. That motivation dries up when the opponent is not there, leading to lapses that can be taken advantage of by other teams that keep training day in, day out.

This could be why a South Korean team like MVP Phoenix could crush Evil Geniuses in the Dota 2 Shanghai Major. This could also be why former Chinese Dota 2 and League of Legends pros are shying away from tournaments in lieu of the more reliable revenue from streaming.

This is also why Green wants schools and youth organizations to view gaming not just as entertainment but a tool for sharpening the mind, becoming quicker thinkers and cultivating better management skills.

One last point that Green raised was that the leader in team-based esports plays a pivotal role in the success of the team – especially when it comes to adapting to what the team needs.

He points to Bora “YellOwStaR” Kim, the leader of Team SoloMid who plays a supporting role in the League of Legends team. Kim would take in tough criticism on his leadership style and implement fixes to address the criticism within 10 minutes.

This, coupled with Kim’s humility and compassion, is what Green values most in a leader of an esports team.