Dennis Brännvall, the lead designer for Star Wars Battlefront, has recently ‘snapped’ at a troll on Twitter who called him and the team behind the game lazy. The tweet has since been taken down, although there is a copy on WCCFTech, but this whole story raises a more interesting and fundamental question – what do game developers exactly do at work? What are their duties and responsibilities? Is making video games interesting and fun like playing them?

Let’s have a look. Below is a quick and sloppy breakdown of what devs have to do when making a game.

Conceptualizing how the game will work

The first step in making a game is coming up with ideas and laying out how the finished product will look, play and feel. This process is known as the concept phase stage, which revolves around making ideas again and again until the creative team agrees on one vision to move forward with. The game idea in this stage is still quite vague but the core team can already visualize the end result, and what would be needed in order to achieve it. Based on the concept and its implementation requirements, the project is built and the works are planned, including the next step, building a team.

The team needs to include a large number of professionals necessary to develop a game. Concept artists sketch the finalized art covering the characters the in-game world, level designers use their knowledge to create the course or areas that players pass through in the game, modelers transform 2D sketches into 3D assets that can be imported into the game, texture artists use art applications to make all in-game art ‘feel’ real and substantial, creature setup technicians handle control systems that turn static 3D assets into movable assets, animators ensure that all movements appear natural, coders and programmers hammer out the script to make sure everything functions properly, project managers ensure that everyone is on the same page, web designers handle creating, maintaining and updating the game’s website – these are just a handful of the skills necessary in game development, whether it is a one person handling the project, or a large multinational company creating the next big AAA game of the year.

Developing blueprint for the game

Once the team picks an idea to go with, the next step is to begin fleshing out that idea in order to make it more tangible. This is the pre-production phase, which involves creating the initial character designs, gameplay mechanics, level designs, player goals, storylines and storyboards. Even games without an obvious narrative will require a breakdown of how the game will progress from start to finish. This is the scripting and storyboarding phase, where the developers lay down how the game will function and how the narrative will progress. Once all this is accomplished, the developers will have a blueprint that will help focus their future work on the game.

Starting to create the game world

Once the developers have a set of blueprints to guide them as they make the game, the next step is to work on in-game visuals. Concept artists, texture artists, and level designers finalize their work to come up with the shape and aesthetic of the game and the world created for it. Modelers, animators and creature setup technicians work on the entities that move within the game world, using tools such as Maya to translate their vision into the machine. This phase also includes sound technicians that handle the audio for the game, from character voices and expressions to the music and sound effects that is used in the game. This often involves working with voice actors and sound effects teams to ensure that all audio matches to what the developers have in mind for the game.

This is where video game programmers work with tools like DarkBASIC, Game Maker, Game Editor, RPG Toolkit and Hephaestus for simpler games. More advanced games will require coding the entire game from scratch; creating engines using object-oriented programming languages such as C++, Python, Perl, and Visual Basic to name a few. These give very powerful capacity for creating whatever the developers want without being restricted by existing tools, but it requires advanced skills and a lot of man-hour from programmers. This is basically the part where developers create a game world that “lives” and “breathe,” such as guards reacting to a player or grass moving when the wind blows.

The development process may involve many people, from artists and designers to audio engineers and special effects technicians. For example programmers alone can be broken down to engine, AI, and network specialists. The project manager is primarily responsible for overseeing the coordination process. The work of each team member needs to be accountable, and the progress should be tracked, and the efforts should be coordinated with other team members.

Co-workers in different branches, sub-contractors from around the world, publishers that handle the financing for and production of the game, fans eagerly awaiting the release – developers play a significant part in ensuring that all relevant parties get accurate information on what they need and want. This is a lot harder than it sounds, especially when schedules are not being met or when fingers start pointing after something goes wrong in the communication process. Without carefully monitoring the flow of information, developers risk the entire project blowing up in their faces because one team didn’t get the memo for a major change or the publisher starts getting in everyone’s faces because project updates are not coming along as intended.

During alpha testing developers test the game in a closed, carefully controlled virtual environment. Alpha testing usually means testing an unfinished product, combing over the bugs they will inevitably encounter and then actively fixing those problems. Then there is the beta testing phase, when the developers release the game to a limited number of players while carefully integrating the input of a wider array of players. This opens up the game to even more scrutiny, and any changes will need to be fixed in a short window of time prior to the game’s full release – unless the developers opt for a prolonged development cycle which has become popular with “early access” games in the market.

Being a developer is quite a stressful job, especially when a game’s launch date is just around the corner. Devs normally work 40 hours a week, but those hours can jump up to 60 or even 80 during crunch time – when things are not proceeding according to schedule, or the publisher demands to change crucial components of the game while still forcing to stick to the original budget and deadlines. This becomes even worse when project managers consistently ‘crunch’ the developers and start viewing 16-hour work days as the norm.

Last but definitely not least, unless game developers are employed by a major successful studio that have lots of games lined up over the years, there is a high possibility of getting laid off after the game is completed. Your work becomes redundant, and you will be laid off until your services are needed once again.

In the end, game development work is similar to any other work, it can be easy if a person treats his/her work as such, or it can be serious, hard work, with many hours every day if a person is serious about his/her work. One thing is certain – success never comes easily. 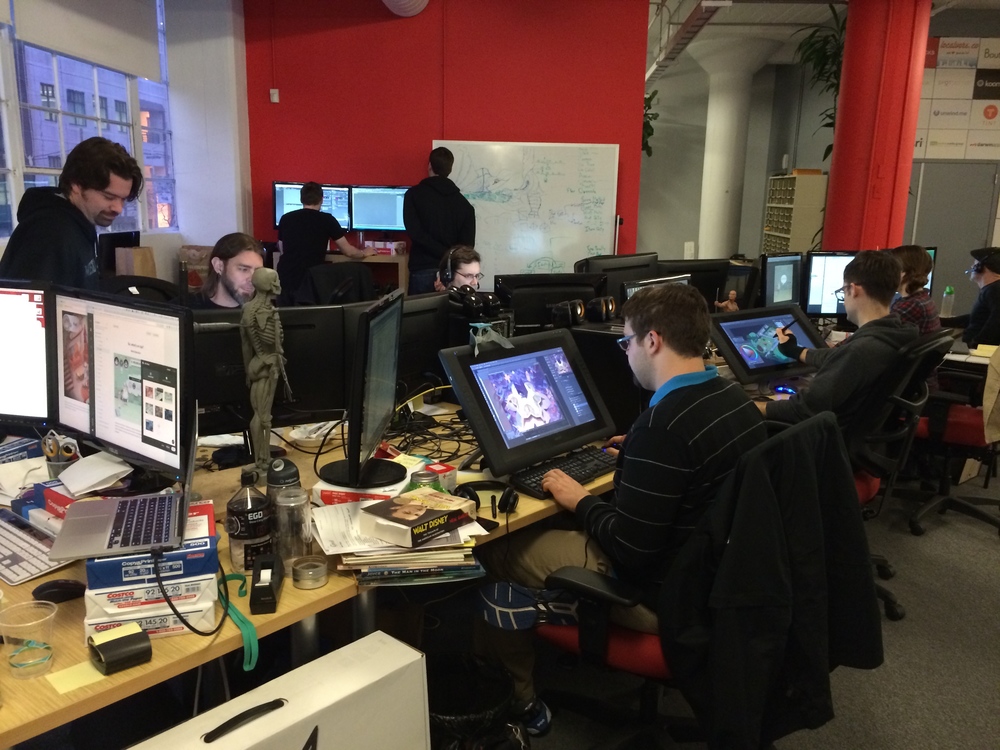