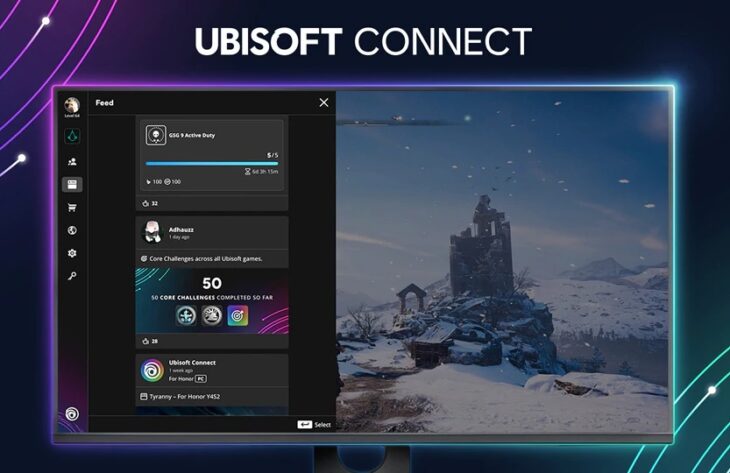 Ubisoft has announced a brand new service that will connect all players across all of their games, across two generations of consoles, Ubisoft Connect.

The service seeks to make the transition between PlayStation 4 and PlayStation 5, or Xbox One and Xbox Series X or S, as smooth as possible for all players. It’s also yet another step forward in the publishers commitment to keeping players engaged with their products with free beneficial services.

The best part of the service for players is cross-progression. This allows players to take game saves from Assassin’s Creed Valhalla for example, and move them between PlayStation and Xbox, and well as between each generation of both consoles.

There is a limit on this service though. It doesn’t allow for cross-progression between PC and consoles. That’s the only limitation though. As long as the user purchases an Xbox and a PlayStation version of Assassin’s Creed Valhalla, they can transfer progress between them in the same game.

The service will be available at the click of a button, or accessible through an app. It will also synchronize social events over all versions of the game. While these are generally very well put together anyway, it will make tracking your progress in them far easier.

Overall, Ubisoft Connect is about connecting players through games, regardless of console. Ubisoft’s aim is to keep heri community together, allowing them to form friendships across platforms, with as few barriers between them as possible.

On top of all of this, Ubisoft Connect, much like the Ubisoft Club, will have exclusive in-game rewards for those who sign up to it. Ubisoft already does a great job of rewarding players for activities in their games, and giving them more goals to reach for. This is taking all of that to the next level though.

While many people are concerned about where the best games will be, Ubisoft is just concerned with keeping players together. It’s a refreshing attitude that will serve them well as they move into the next-generation. With Rainbow Six Siege now on Game Pass as well, there has never been a better time for a service such as this.