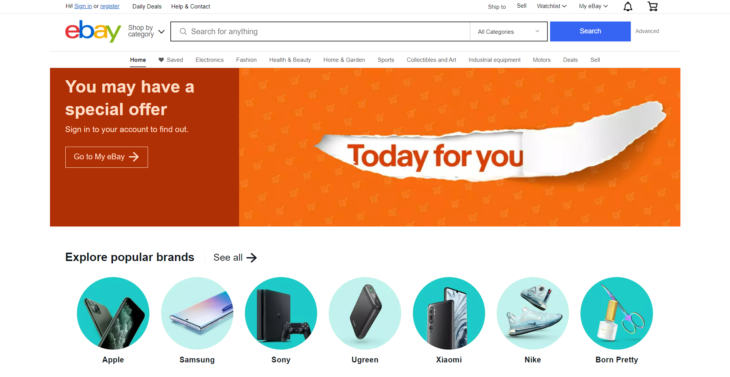 According to Ebay, the top 7 best selling item categories on Ebay are the following:

It is not a surprise that smartphones are hugely demanded for selling on Ebay. This includes both used and brand new phones. One can find amazing deals especially on used items, though as usual cautious approach always pays off, as return and refund of an item that is “significantly different from listed” could be time consuming and significant hassle.

Large demand for tablets was expected too, but the third line, cameras, comes as a surprise, as improved quality of built in cameras in smartphones and tablets make traditional cameras less demanded, with only high quality cameras comprising the majority of camera sales in recent times. So, if you still need to sell or buy a camera, you know where to do it.

Forth and fifth lines are video games and consoles, these two categories listed separately, if combined, might probably make them stand on the top first or second positions.

Headphones and MP3 players are the sixth, and the seventh position is taken by laptops… sadly they get more and more behind tablets.

Related Topics: eBay
By Admin in: Wholesale Games Industry and Market News on March 8, 2015 at 4:08 pm