Those who had signed up to Tony Hawk’s text service started to receive messages on Tuesday that remasters of the first two Tony Hawk’s Pro Skater games were on the way. As the news developed, it seemed as though these texts were the earliest announcements to be made, before the upcoming collection’s official reveal.

Following the disastrous release of Tony Hawk’s Pro Skater 5, the series went on hiatus. While most gaming fans wanted to see the series continued, they didn’t like the direction that developers were trying to take with the fifth entry.

Now, Vicarious Visions, the developer who worked on Crash Bandicoot N.Sane Trilogy, has announced Tony Hawk’s Pro Skater 1+2 Remaster. The collection contains fully remastered versions of the first two games in the series, the ones that helped skating rise in popular culture.

With these remasters comes online multiplayer, as well as full online support for the Create-A-Park feature that was a big draw for some players when these games were first popular.

Tony Hawk’s Pro Skater 1+2 Remaster is coming to PlayStation 4, Xbox One, and PC on September 4, 2020. Anyone who pre-orders the game before the release date will be given access to the Warehouse demo level before the launch date.

There have been rumors that the Tony Hawk’s Pro Skater series is returning for years. Some pro skaters have even alluded to this fact, or outright explained that a new game is on the cards because they’re featured in it.

This remaster should sell well, because it’s exactly what fans have wanted for years. Building upon the series and introducing new features is all well and good, but along the way the vision for these games was lost. Hopefully the remasters will provide a way for a new entry in the series to one day come about. 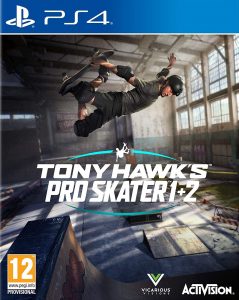