Bethesda has officially announced the next expansion for The Elder Scrolls Online, Elsweyr. The announcement was made with a new cinematic that hints at some of the content being added to the game alongside this expansion.

The Elder Scrolls Online launched in 2014, and has since evolved and grown through multiple expansions to become the game it is today. The first big expansion, Morrowind, added a brand new area to the map and dozens of hours of new content. Last year’s expansion, summerset, was similarly large, adding a brand new area of the map for players to explore, and a whole new questline to complete.

Now Bethesda is bringing another entirely new area to the game alongside what could be a world-changing enemy, dragons. The cinematic showed two adventurers unintentionally releasing three dragons into the skies of Tamriel, heading towards a prison caravan. The cinematic ended there but said that it would continue, meaning another cinematic trailer should be released soon.

The world of Tamriel is split up into different regions, and Elsweyr is the homeland of the series’ cat-like Khajiit race. Bethesda promise new lore, public dungeons, standalone quests, and an extended season of new content with the Season of the Dragon.

Players will need to defend Elsweyr from an onslaught of dragons, and will be able to take part in a 12 player event known as Sunspire.

While Eslweyr is due to release on June 4, 2019, the Season of the Dragon will begin before then with the Wrathstone DLC. This will be the first part of the new season, which will unfold through 4 story arcs including Elsweyr. PC players will be able to access Elsweyr from May 20, 2019, in the form of an early access launch.

A few weeks ago fans digging around the Bethesda website’s code uncovered descriptions for a dragon-related Elder Scrolls Online expansion, including images. These were not commented on, but prior to the cinematic trailer release some developers were already Tweeting out the expansions cover art as a hint to fans of something coming soon.

The game’s community has been asking for Dragons for a long time, and now they’ll finally be getting what they’ve wished for. The question is, when will the Season of the Dragon end? 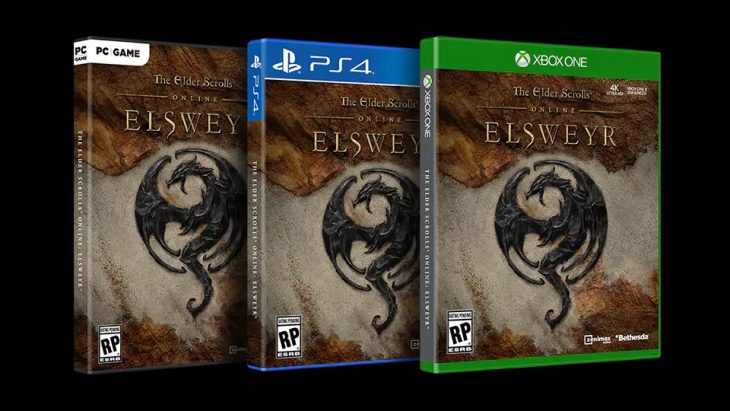 Playful Studios, developers of Super Lucky’s Tale, have announced that they are significantly reducing the number of…

Google discuss the future of Stadia

Digital Bros. is set to acquire all of the assets in Starbreeze held by Smilegate. This will…