The biggest news from XO19 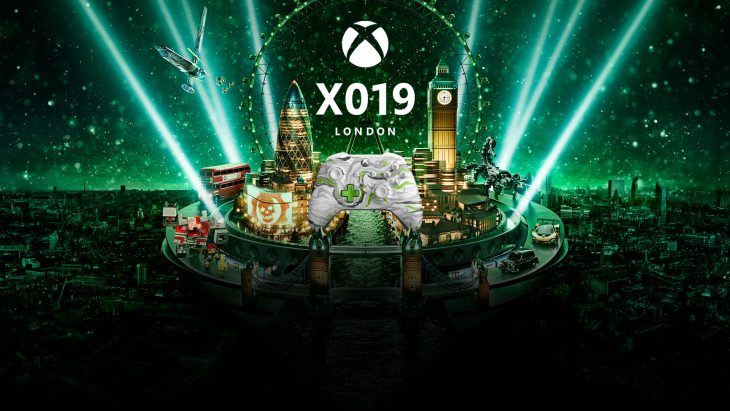 Xbox held their largest XO event ever yesterday, revealing new information about current and upcoming services, as well as a host of brand new games. This is all the biggest news from the event.

xCloud launches in 2020
Possibly the biggest news of the entire show was the release window for Microsoft’s streaming service, Project xCloud. No exact date was given, but the service was confirmed to be launching next year, in addition to the PC version that will arrive shortly after. In addition to the release window, it was also announced that Microsoft is planning to support Sony’s Dualshock 4 controller with xCloud, meaning gamers can use whatever controller they want with the service.

50 plus new games for Xbox Game Pass
Microsoft is continuing to invest in the Xbox Game Pass, with over 50 new games announced for the subscription service. Included in the list of new games are Tekken 7, Yakuza 0, Kiwami, and Kiwami 2, and, most notable of all, The Witcher 3: Wild Hunt.

Tell Me Why
A number of new games were announced at XO19, with Tell Me Why being one of the more interesting titles. The game is being developed by Life Is Strange creator, Dontnod Entertainment, and focuses on a pair of twins, Alyson and Tyler, who players will join as they uncover mysterious from their past.

Everwild
Earlier in the day it was teased that new games would be announced by both Rare and Obsidian Entertainment. Rare’s new game is called Everwild, and will be exclusively available for Windows 10 and Xbox One.

Very few details were given about the title, but the trailer makes it look like an action adventure game, possibly with multiple protagonists. The visuals are similar to those of The Legend of Zelda: Breath of the Wild, with a completely unique ecosystem created by Rare for players to discover.

Sea of Thieves The Seabound Soul
Rare also announced a new update for their pirate MMO, Sea of Thieves. The game’s next update, The Seabound Soul, brings new weapons and cosmetics, as well as a brand new lore focused Tall Tale mission that the community has been crying out for. Players will join Captain Pendragon on this quest, uncovering the mystery of the Ashen Dragon. The Seabound Soul launches on the 20th of November.

Grounded
Inspired by Honey I Shrunk The Kids, Grounded is a survival game about a group of four children surviving in a suburban American garden, all of whom have been shrunk down smaller than an ant.

Once again, few details were given about the title, though it was confirmed that each of the four characters, played by real world players, need to eat and drink to survive, and build bases in order to help them compete with the dangers of the garden.

The trailer makes Grounded look like a more focused version of Rust, with players working together rather than having the option to form competitive clans. Time will tell exactly how Grounded’s gameplay will shape up.

Wasteland 3
Wasteland 3 has been in development for some time, but now developer inXile has detailed a release date. The game will launch on the 19th of May 2020, bringing the largest Wasteland game in the series for PC, Xbox One, and Xbox Game Pass.

Planet Coaster Console Edition
The highly praised 2016 PC release, Planet Coaster, is finally heading to consoles. The console edition is said to be coming to Xbox One and PS4 in summer 2020, though no firm release date was given. It is also yet to be confirmed if the game will come with any DLC or mod creations that have enhanced the PC release since it first launched.

Halo Reach for PC
One of the biggest announcements from the show was the release date for Halo Reach on PC. 343 Industries has been working on making the game function on PC for the last few months, but now PC players will finally be able to get their hands on the first game from the Halo Master Chief Collection on the 3rd of December. It was also added that the first three Halo games, Halo 4, and ODST will all also come to PC in the future.

Bleeding Edge
Having been revealed at E3 earlier this year, very little has been seen of Bleeding Edge, a 4v4 melee multiplayer arena fighter. Now however, the game has a release date of the 24th of March 2020, with two closed betas planned in February and March before launch.

The Artful Escape
The Artful Escape is a brand new title from publisher Annapurna Interactive. The game is launching in 2020, and will see players take on platforming challenges as a 1970s inspired rocker, facing off against fantastical creatures with the power of music.