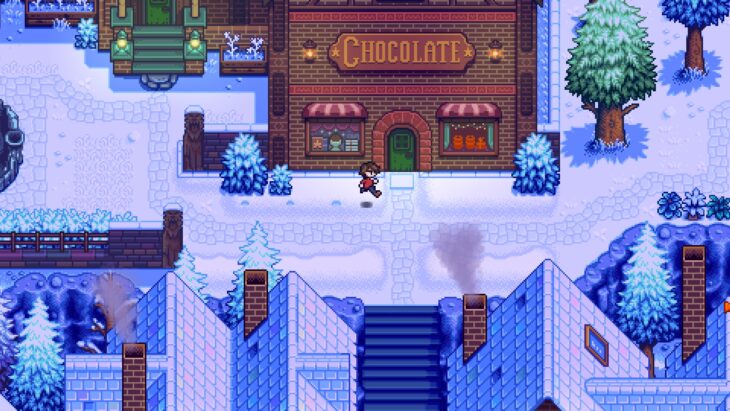 The creator of Stardew Valley, Eric Barone aka ConcernedApe, has announced a brand new game called Haunted Chocolatier. The game was announced in a surprise YouTube video that went live last night and blew the mind of every fan.

Stardew Valley launched in early access and quickly became the inspiration for an entirely new genre of game. Its blend of base management, simulation, farming, and relationship mechanics made it a title that streamers still play today. It helped that the game received constant updates and new features well after its initial launch.

Now, the creator seems to be using the same game engine to create a new game. Haunted Chocolatier looks like it’s set in Stardew Valley because the UI, visuals, and even the audio feel like they’re pulled from that game.

What’s happened here is that ConcernedApe is capitalizing on the love for the cozy feel of Stardew Valley while making something new at the same time. Haunted Chocolatier looks to have so many more mechanics, and even a more in-depth story with twists and turns.

Of course, the same mechanics that players love from Stadew Valley are back. There will be characters to build relationships with, but instead of a farm, it’s a chocolatier business that must be run. In the trailer, it’s possible to see the player making ghosts work in a bar for them serving chocolate, something that will presumably form the core of the game.

A few months ago, Stardew Valley had what seemed like its final update. It added new content and quality of life fixes, but also came with a message from ConcernedApe. They said that they didn’t know if they would ever work on Stardew Valley again because of what they are doing with this new game. They wanted to let fans know and not leave them waiting for something that may never come.

After a long and profitable time at the top, Stardew Valley’s popularity has waned with new titles coming along to take its place. Though none of them hold a candle to the originality it brought. Now, Haunted Chocolatier will likely do the same, presenting ideas that games will go on to use for years to come when it eventually launches.