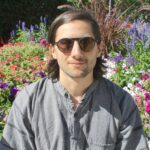 Eric Barone, aka ConcernedApe, is a developer of video games based in the United States. He is known for single-handedly developing a PC game Stardew Valley, which sold a million copies in just two months after its release in 2016. Barone did everything alone on the game, from creating the characters, writing the script and dialogues, creating the music, making the animation, and the programming.