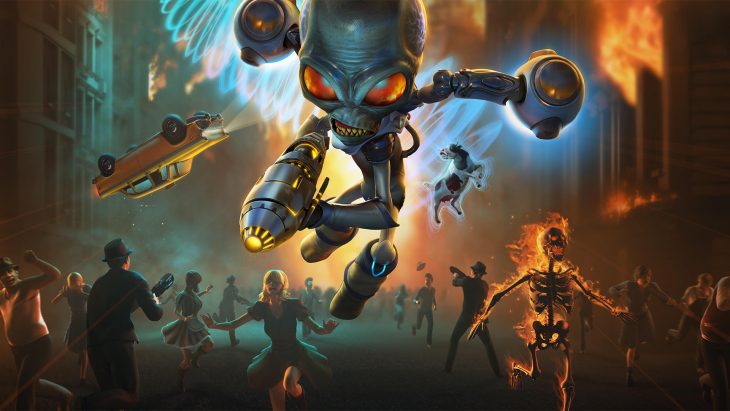 THQ Nordic has announced the special edition versions of the upcoming release, Destroy All Humans! Remake. So far only the standard edition has been available to pre-order, but now two more with additional content have been revealed.

The first of the two special editions of Destroy All Humans! Remake is the Crypto-137 Edition. This version of the game can be pre-ordered for £349.99, or $399.99, and comes with the following items: a copy of Destroy All Humans! Remake, a Crypto-137 figurine approximately 23 inches high, a Crypto backpack, a keychain, six lithographs from the game, an eye-popping anti-stress toy, a premium 15 inch box, and all the in-game Crypto skins available. 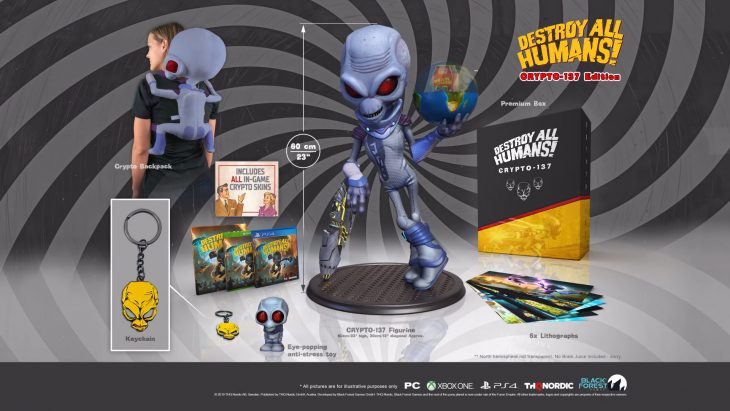 The second special edition THQ Nordic has revealed is the DNA Collectors Edition, which can be pre-ordered for £139.99, or $149.99. This edition comes with the following additional content: a copy of Destroy All Humans! Remake, Crypto’N’Cow 9 inch figurine, a keychain, six lithographs from the game, an eye-popping antic-stress toy, a premium 14 inch by 12 inch by 12 inch box, and all in-game Crypto skins available.

Destroy All Humans! Remake is a new version of the beloved title, Destroy All Humans! The game originally released in 2005, and was quickly dubbed GTA with aliens, since players were able to freely roam the open world as Crypto-137. 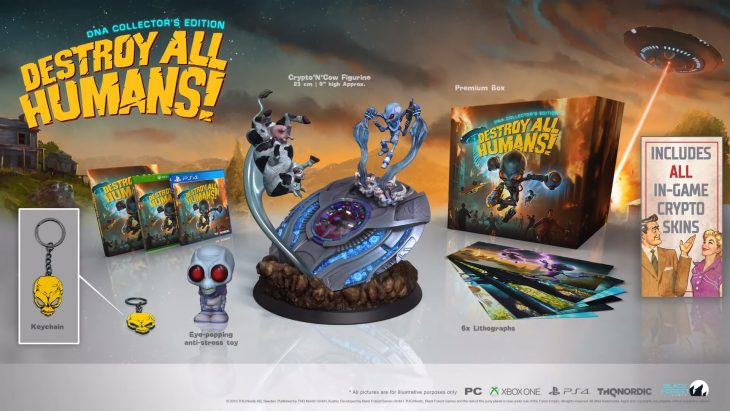 In the game players take on the role of one of the members of a dying alien species who desperately need fresh DNA to spice up their clones, before the entire race is extinct from over-cloning. The human race’s DNA is perfect for this task, but along the way players get mixed up with curious characters from in-game representations of both Area 51, and the US government.

The gameplay resembles that of other open world games, with a wide array of weapons and abilities unlocked over time. However, the alien spacecraft is where Destroy All Humans! sets itself apart. In this vehicle players can destroy an entire town or city, though they’ll have to compete with the growing military presence they attract, who will attempt to blast them out of the sky with tanks and alien-human hybrid technologies.

Destroy All Humans! Remake launches for PC, Playstation 4, and Xbox One in 2020, though no release date has yet been confirmed. 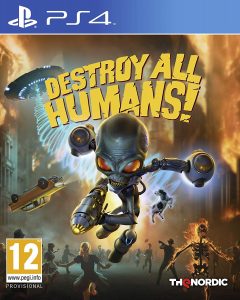 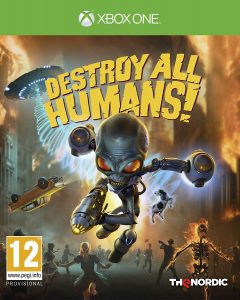 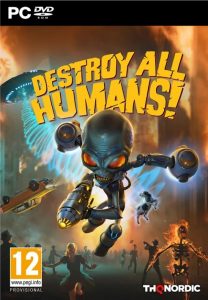 Related Topics: Destroy All Humans!, THQ Nordic
By Admin in: Wholesale Games Industry and Market News on August 14, 2019 at 11:17 am