QuakeCon comes to Europe for the first time

Games publisher Bethesda have announced a new QuakeCon Europe event to complement annual US games extravaganza QuakeCon. The event will be held on July 26 and 27, 2019, at Printworks in London and will be free to attend – albeit you need to register and apply for tickets through the official QuakeCon Europe website.

QuakeCon Europe will run at the same time as the US version of QuakeCon, which will take place in Dallas this year. 2019 is being marketed by Bethesda as “The Year of Doom” and one of the key attractions of QuakeCon Europe is bound to be the chance for gamers to play the upcoming Doom Eternal for the first time.

In their press release for the event Bethesda highlighted another unique opportunity Doom fans can look forward to. The event will “offer opportunities for fans to see where it all began with a retro area showcasing the humble beginnings of Doom,” they said.

According to the press release attendees can also look forward to the opportunity to play upcoming and classic Bethesda games such as Wolfenstein: Youngblood, Rage 2, Quake Champions, Fallout 76, and The Elder Scrolls Online. In addition, members of Bethesda’s development teams will be in attendance and will meet with fans.

One feature that will be missing from QuakeCon Europe is the bring-your-own-computer (BYOC) feature that has proved so popular in QuakeCon US. 2017’s BYOC event catered for up to 2350 gamers and BYOC has been a key driver behind the growth of the event.

The first QuakeCon took place in 1996, when keen gamers Jim Elson and Yosarian Holmberg came up with the idea of gathering at a hotel for a weekend of Quake and Doom deathmatches. As word of mouth spread – and members of id Software, the makers of the game, showed up to get involved – the event took root and has been held every year since.

QuakeCon Europe will not begin from such humble origins, but Bethesda will hope it becomes every bit as popular. 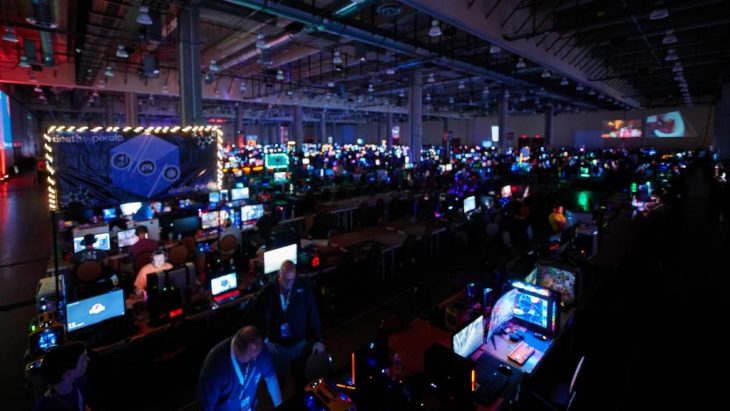 Related Topics: Bethesda, QuakeCon
By Admin in: Wholesale Games Industry and Market News on May 9, 2019 at 8:54 pm