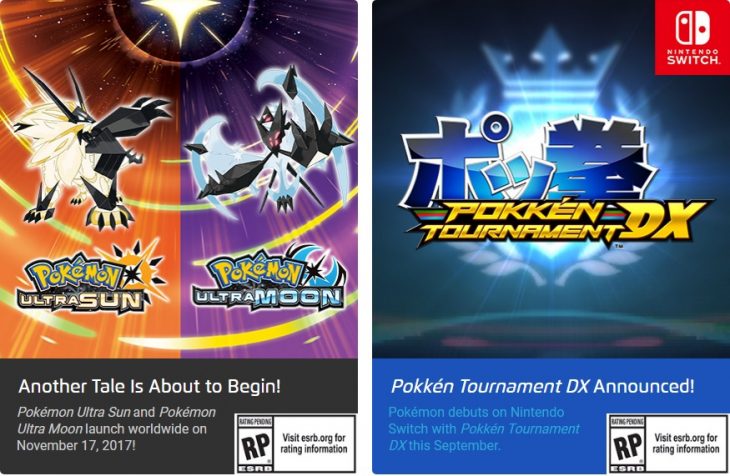 At the recent Pokemon Nintendo Direct, Nintendo announced that Pokemon Sun and Moon Ultra will be coming to 3DS, and Pokken Tournament DX to Nintendo Switch, later this year. Both games have been revealed ahead of E3 week, meaning Nintendo may show more of the games over the coming days.

Pokken Tournament DX is a reworked and remastered version of the Nintendo Wii U Pokemon fighter Pokken. The game consisted of 16 playable Pokemon which players would fight against each other in 3v3 matches. The new Switch version will include 5 new ones, darkria, Scizor, Empoleon, Croagunk, and Decidueye. The game will release this September, with a playable demo available at E3. When Nintendo’s online service starts players will need a valid membership in order to play against others online.