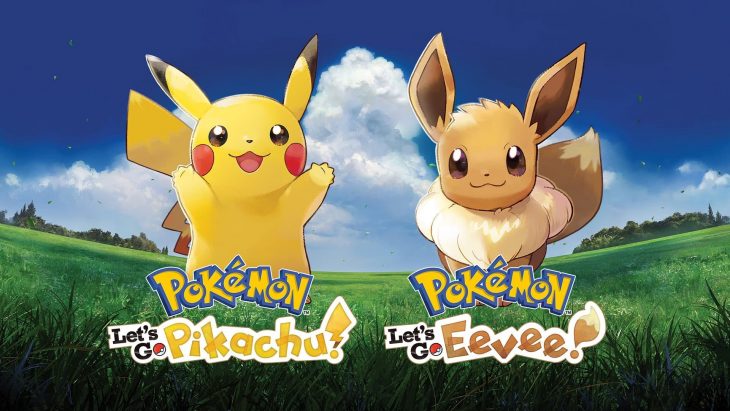 The developer Game Freak announced that their first Pokemon title for the Nintendo Switch, Pokemon Let’s Go, has sold over 3 million copies worldwide within the first week on sale. The game’s sales figures were promising from the start, with announcements for 116,000 physical copies sold in the UK in the same timeframe, and 661,240 copies sold in Japan also.

The fact that Pokemon Let’s Go, across both Pikachu and Eevee versions of the game, has sold 3 million copies worldwide in just under a week is impressive in itself. However, with this sales milestone the game has also become the fastest-selling title in an opening week on the Nintendo Switch to date. The game has beaten rivals such as Super Mario Odyssey and The Legend of Zelda: Breath of The Wild to the top spot.

Initially fans were skeptical about Pokemon Let’s Go Eevee and Pikachu because of the way the core Pokemon gameplay had been altered. Mechanics from the popular mobile title, developed by Niantic, Pokemon Go have been implemented, meaning that encounters with wild Pokemon in Pokemon Let’s Go are extremely different.

Both combat and movement in the Pokemon Let’s Go games have also been drastically altered, causing some outcry from the fan base saying that they want the game to be more like a core Pokemon RPG. The reviews from critics have been positive and full of praise however, and those who own and play the game have nothing but good things to say about it.

The fact that the games have sold so well also speaks louder than the complaints on forums around the internet. Pokemon Let’s Go Eevee and Pikachu are clearly a hit, and with integration between the titles and Pokemon Go possible there’s no reason to think the games will lose sales momentum just yet.

There has been some controversy surrounding the fact that players of Pokemon Let’s Go need to use the Joy Con Controller in order to capture Pokemon. This means that gamers with certain disabilities aren’t able to play the game, which some fans believe is unacceptable given that every previous Pokemon game hasn’t required the same mechanic. Whether this will affect sales in the future only time will tell.