Home » Wholesale Games Industry and Market News » Minecraft Dungeons will release on May 26, 2020 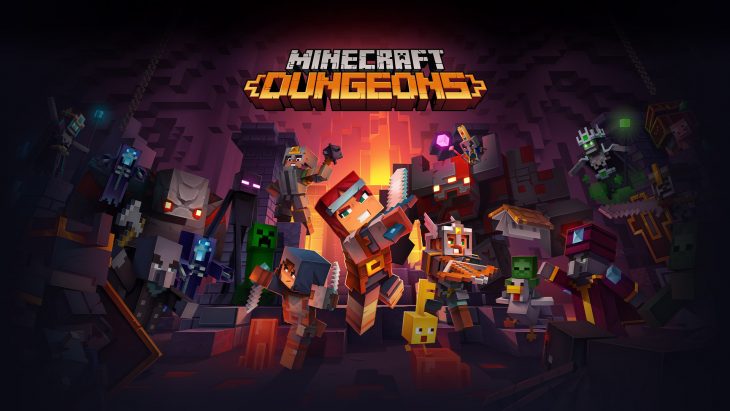 The release date of Minecraft Dungeons, the highly-anticipated dungeon-crawling spin-off from the Minecraft universe, gets delayed. The game will launch for PC, Xbox One, PlayStation 4, Xbox Game Pass, and Nintendo Switch on May 26, 2020.

The launch date for Minecraft Dungeons was announced via the game’s official Twitter account. Alongside the release date came the message that fans can pre-order their copy now, as well as a short video featuring a huge troll-like creature. No doubt players will need to beat this enemy early on in the game.

Gather your friends and gear up for adventure: Minecraft Dungeons is coming out May 26th on Nintendo Switch, PlayStation 4, Windows, Xbox One and Xbox Game Pass! Pre-order your copy now:

Minecraft Dungeons has been in development for a few years now. It seems to be Mojang’s answer to Activision Blizzard’s hugely popular Diablo franchise. The game takes a number of elements from that series, and brings them into the Minecraft universe for fans of the base game, and ARPG fans, to enjoy together.

The main thing that differentiates Minecraft Dungeons from Minecraft is the game’s story. Mojang have been working tirelessly to implement a story that players will care about, filled with choices that they actively agonize over. The story of the base game will have an ending that makes players question their actions, but ultimately feel as though they’ve done the right thing. Mojang have also said that the story will be added to, in a way similar to the seasons of Destiny 2, over the course of years.

The gameplay of Minecraft Dungeons is easily recognizable to ARPG players. Characters are controlled from a top-down view, and players select enemies that need to be attacked, choosing which powers their protagonist will use when they get into the fight.

Another key difference between Minecraft Dungeons and games like Diablo 3 is the crafting angle of the Minecraft universe. In traditional Minecraft, players build everything from scratch, crafting all kinds of items from the base materials in the world, which they must harvest themselves.

Details on the specific gameplay elements in Minecraft Dungeons are still scarce right now, but gathering resources and using them to create powerful items will definitely be a core part of it. More details should be released as the game’s release draws closer.

Related Topics: Minecraft Dungeons, Mojang
By Admin in: Wholesale Games Industry and Market News on April 2, 2020 at 8:03 am