Microsoft may lower its revenue share on Xbox game sales 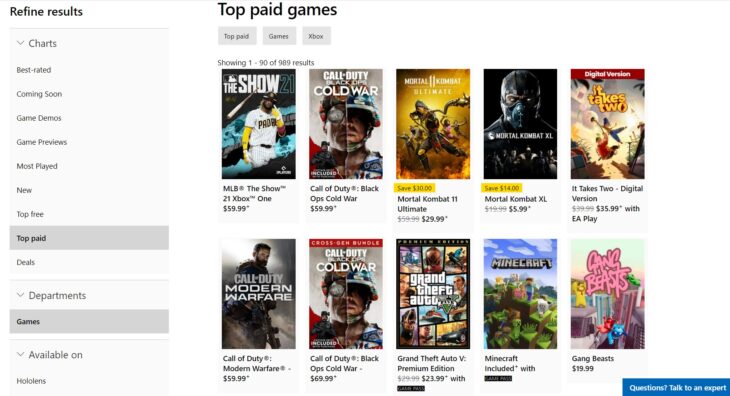 The Verge recently reported that Microsoft, at one point, was allegedly considering lowering its revenue share from games sold on the Microsoft Store. The reduction would see the company’s share drop from 30 percent to 12 percent.

The information has been attributed to confidential documents that have been filed as part of the Epic Games vs Apple case, the proceedings of which began yesterday. Those documents were likely related to Epic Games’ side of the case, since they’re the company arguing that platform holders need to lower their revenue shares.

Only last week, Microsoft made an announcement that all PC game sales would now be made at a lower revenue cut for Microsoft of 12 percent. This only applies to those games sold through the Microsoft Store though.

The industry standard for revenue share for platform holders has always been 30 percent, or roughly that amount. This is something that’s been the norm with Valve, Google, and Apple for years. Until Epic Games launched the Epic Games Store and challenged these companies, the revenue cut was unchallenged. However, Epic Games wants to see this lowered so that developers get a fairer cut of the split from the sales of their games.

The documents The Verge reported on seem to have some credence because they also show that Microsoft was considering the now implemented lower revenue cut from PC game sales. However, this seemed to be contingent on Microsoft having exclusive streaming rights to the games. This doesn’t seem to be the case today.

Strain rights are something that Nvidia failed to pay attention to with GeForce Now, its own streaming service. The service was quickly taken down after publishers noticed that their games were being hosted through it, despite the IP holders having given no such permission.

These documents will likely hold a lot of weight in the case of Epic Games vs Apple. Apple is keen to keep revenue share at 30 percent, but this is seeming like a more archaic model with every passing day. Epic Games has managed to build a successful storefront with a lower revenue share model, and Apple may just have to get with the times following the outcome of this case, as will other platform holders.

Related Topics: Microsoft
By Admin in: Wholesale Games Industry and Market News on May 4, 2021 at 8:42 pm