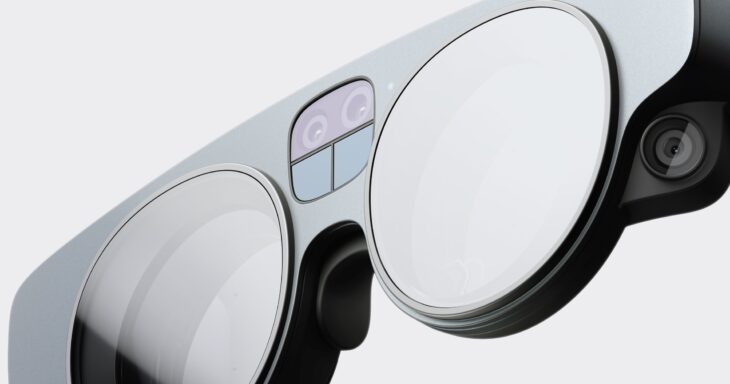 Magic Leap has just completed another major round of funding, raising $500 million that will go towards helping it continue its work into augmented reality.

In a statement, Peggy Johnson, Magic Leap’s CEO, discussed how there has been a lot of support in this round of funding from investors that have helped the company in the past. Those previous investors include Google, AT&T, Alibaba, Warner Bros, and NTT Docomo.

Magic Leap has been valued at about $2 billion after this round of funding.

While this funding round was coming to a close, the company simultaneously revealed the Magic Leap 2, a successor to its initial augmented reality device. The device represents a new generation of augmented reality, and even just a glimpse of it looks like it’s coming closer to the seamless sci-fi future of TV shows and movies.

Magic Leap 2 is said to be the lightest and most compact augmented reality device designed for enterprise. It has several new features including dimming, helping you brighten or darken certain environments and a field of view increase.

These improvements seem deliberately simple because they’re yet another step towards the company’s goal of producing a product that people pick up in the morning and wear all day long. The option to dim or brighten your environment makes them perfect for keeping your eyes feeling fresh and avoiding strain no matter when you’re wearing them.

While Magic Leap 2 is already in the hands of a few developers, the device won’t officially launch until next year. This reveal and the funding that’s been so successful shows how much the industry has moved towards augmented reality as a whole.

The first Magic Leap device didn’t sell as well as expected, leading to dozens of layoffs at the company due to sheer lack of income. Earlier this year, the company was said to be looking for a buyer, but now it seems like there’s been enough renewed confidence that there’s no need for it to be acquired by another entity.

Time will tell just how well Magic Leap 2 sells, and if the world is ready for the advancements it offers to users at this point.