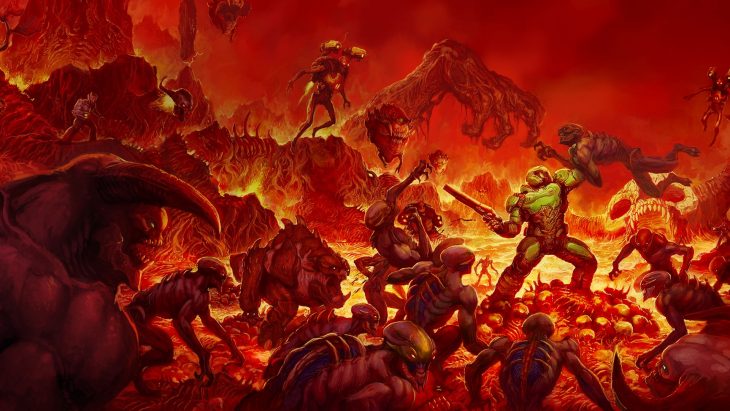 John Romero, a legendary game creator, has announced a new title, SIGIL. The game will be a spiritual successor to the fourth episode of The Ultimate Doom.

The announcement of SIGIL comes a full 25 years after the original launch date of Doom, the 10th of December 1993. Not only was Doom an instant hit and classic among gamers, it’s the inspiration of many shooters that have come and gone in the last quarter of a century.

SIGIL will launch with nine single-player levels, and nine deathmatch levels. SIGIL is going to be released for free in February, but as a megawad it requires the original Doom in order to be played.

Doom was recently remade for PlayStation 4, Xbox One, and PC by Bethesda. The remake brought Doom’s gameplay up to date, subverting a lot of current shooter tropes such as regenerating health and weapon-specific ammo. The game was a critical success and has since gone on to inspire many free updates to both the multiplayer and map-maker modes.

A sequel to the Doom 2016 remake, Doom Eternal, is planned for release in the future, though no firm release date has been announced. The game will take the classic Doom gameplay even further, bringing the series’ story to Earth and adding a number of new and interesting layers to an already brilliant franchise.

SIGIL looks to be made to almost be a Doom clone. The game uses the same visuals and shooter mechanics as the original titles, with levels that seem to be broken up into labyrinths for players to complete. The addition of both single and multiplayer maps indicates that players will be able to battle each other in Doom-like surroundings.

LimitedRunGames, a company that specializes in the manufacture and distribution of small batch physical titles, has created a collector’s edition of SIGIL that’s currently on sale. The edition comes with a number of iconic collectibles, including a 16GB USB memory stick shaped like a floppy disk.

John Romero has been streaming SIGIL on Twitch in order to give fans a taste of what the final game will be when it launches next year. Many games who played the original Doom will be excited to see the series’ creator release something so familiar yet new. The fact that the game is free should also encourage anyone who hasn’t played the original Doom to give it a try.

Related Topics: John Romero, SIGIL
By Admin in: Wholesale Games Industry and Market News on December 12, 2018 at 11:13 am