Germany review their position on Nazi symbols in video games 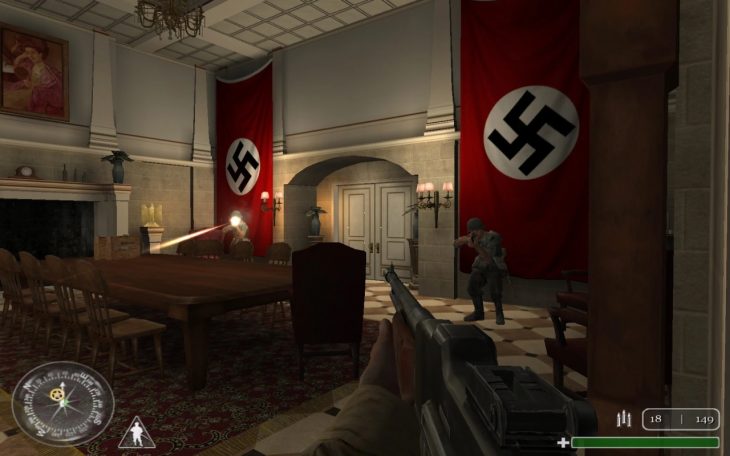 A classification board will now assess video games featuring Nazi symbols due to a regulatory change as a result of the country relaxing their position on the subject.

Before this change of view, video games such as Wolfenstein: The New Order, and Wolfenstein 2: The New Colossus, needed to be altered in order to avoid featuring unconstitutional organisations. This legislation mainly applied to the representation and use of symbolism from the Nazi party and World War 2.

Game, the German games industry trade body, have said that the national authorities will allow video games that include these organisations to be released with an appropriate age rating. The rating will be decided by USK, the Entertainment Software Self-regulation Body. This new stance is effective immediately, and could therefore affect any new versions of Wolfenstein 2: The New Colossus which are released.

As of now video games are going to be assessed on a case by case basis by the USK. Their assessment will look at whether the video game meets the social adequacy clause, which is explained in section 86 of the German Criminal Code. This code looks at whether the use of symbols from unconstitutional organisations serve a scientific or artistic purpose, or whether they’re used to depict historical or current events.

The situation has been the same for movies and TV shows for a number of years, and this change of position from the German authorities means that video games will now be treated in the same way.

MD of Game, Felix Falk, said that this decision is an important step for video games in Germany. Game have been campaigning for a long time to get video games an equal role in German society, and this is a big step towards that goal.

The German games industry is concerned about racism, discrimination, and antisemitism. They want to bring the values they have of an inclusive society to the forefront of the industry and push the boundaries to include values from the German constitution. They also feel they have a duty to accurately and tastefully represent Germany’s rich history with great responsibility.