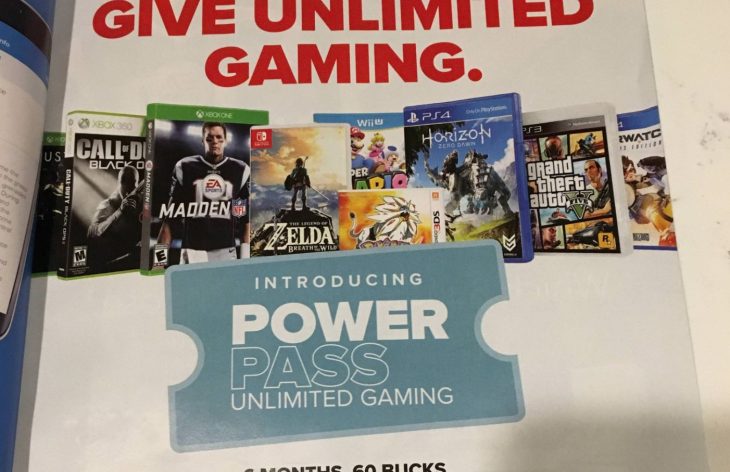 GameStop have announced that they’re stopping their PowerPass Program with immediate effect.

While there is no way of knowing for certain why GameStop have suddenly stopped this program many are speculating that it’s something to do with their computer system. Apparently GameStop use an outdated and aging computer network that wasn’t able to handle the influx of new data resulting from the PowerPass Program.

A spokesperson for GameStop told press that due to limitations the company have identified with the program they have chosen to pause the roll out of the subscription service temporarily. They feel that this is the best course of action in order to provide their customers with a service they deem exceptional.

The PowerPass Program from GameStop is a six-monthly subscription service that costs $60 every six months. The service offered consumers the chance to rent any pre-owned game they wanted for as long as they wanted within the six month period, and allow them to keep one pre-owned title at the end of the time period.

The titles on offer for subscribers to rent were only ones that could be found in store. This restricts customers to a range of games from the stores they have access to, which may not include every title they would like to play. Quite often when new consoles launch there is an influx of certain games from bundles that customers have traded in for other titles, but these are generally restricted to the core sports titles such as FIFA.

While PowerPass subscribers had no limit on the number of games they could rent over a six month period they were limited to one at a time, much like some of the subscription services offered by rental company Love Film.